SALARY CUTS 'A BIG NO' 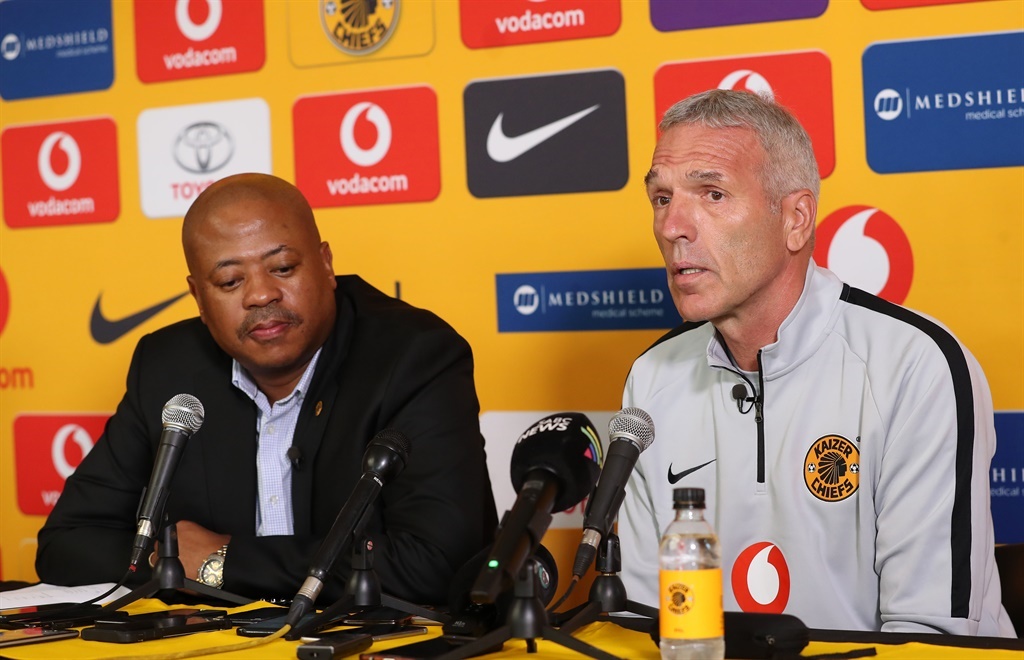 TOP European superstars such as Lionel Messi are taking salary cuts due to leagues being suspended because of the devastating coronavirus.

But, Kaizer Chiefs head of football Bobby Motaung, and other PSL club bosses say they hope clubs are not forced into the situation of having to chop the salaries of their players, in line to what we are witnessing in big clubs in Europe.

Bobsteak’s sentiments were echoed by SuperSport United CEO and PSL executive committee member Stan Matthews, who said cutting salaries would be a disaster for the players and the league.

PSL clubs are still being paid the R2 million monthly grant, despite the lack of action. This may have to be reconsidered if the virus persists and the PSL continues to be suspended.

“We must pray that the coronavirus is contained by July or, just like the rest of the world, we will be in a very difficult situation,” said Motaung.

Bobsteak added: “You must remember that July is time to pay signing-on fees and player transfer fees. The entire world and South Africa is affected, not just football.

“So, the solution will depend on the duration of this deadly virus. If it’s affecting Europe with a big budget, how about our smaller clubs who have no sponsors and are operating on a smaller budget? We pray that we do not reach that situation of Europe for the sake our football.”

Matthews said cutting salaries in the PSL and GladAfrica Championships, which comprises of 32 teams, would have a negative impact on the players’ families and lifestyles.

“A salary cut in the PSL is a big no,” said Matthews. “Our players cannot afford that like Lionel Messi of Barcelona, or other big name players in Europe. Our players’ budget is based on their salaries. There are players who earn big salaries while others get a much lesser pay. They (players) pay rates and taxes, school fees and buy groceries as most of them are bread winners.

“If we cut their salaries, it will lead to a tremendous cash flow problem and increase the high level of borrowing cash from loan sharks and banks and this will bring huge stress to many households in the country,” explained Matthews.

He added that SuperSport United have guaranteed their players’ salaries until the end of June despite the lack of action on the pitch, but he says they cannot promise them anything beyond June, if the outbreak keeps the beautiful game off the pitch.

“We have not discussed salary cuts. It’s the bridge that we don’t want to cross. We will tackle the situation if it deteriorates. We urge players, fans and all stakeholders not to panic and comply with the lockdown rules by staying at home. Many players in those big European leagues earn big salaries while PSL players don’t earn that kind of money, which is enough for them to afford salary cuts,” said Matthews.

“I won’t comment on that matter now. Other clubs depend on grants to pay their players, while other clubs have major sponsorships to help them deal with money issues.

“The bottom line is that Highlands Park will deal with the salary issues privately,” Mnisi said.