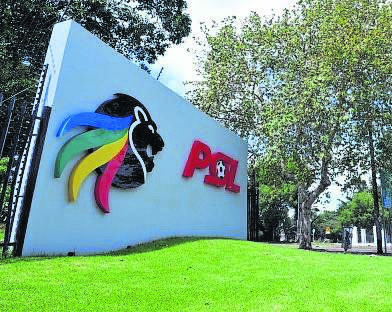 THE PSL is pushing to have 2 000 fans attend the MTN8 final at the end of the month, SunSport has learnt.

This follows the decision by the co-operative Governance and Traditional Affairs Minister, Dr Nkosazana Dlamini-Zuma, to amend regulation 69 of the Disaster Management Act to allow up to 2 000 spectators to watch live sport.

SunSport has also learnt that Durban’s Moses Mabhida Stadium is the favourite to host the Wafa Wafa final between Mamelodi Sundowns and Cape Town City FC.

A total of 2 000 fans attended the Bafana Bafana’s 1-0 win over Ethiopia in the Fifa World Cup qualifying match at the FNB Stadium on Tuesday, without any hiccups reported.

The SA Football Association (Safa) has been joined by the SA Rugby Union (Saru), who has advised its member unions that fully vaccinated fans will be allowed to return to club and professional rugby matches – within the limits announced this week by Dlamini-Zuma.

Saru said a maximum of 2 000 spectators will be permitted entry to rugby venues following the gazetting of the new regulations.

However, the PSL doesn’t want to be left behind and is putting plans in place to also have fans at the Wafa Wafa final on 30 October.

Initially, the PSL on 6 October, said they were waiting for the government to relax its Covid-19 regulations, after President Cyril Ramaphosa’s address on 30 September, that it might be possible to allow a limited number of spectators to attend upcoming PSL matches.

However, PSL acting CEO Mato Madlala was not available to comment.