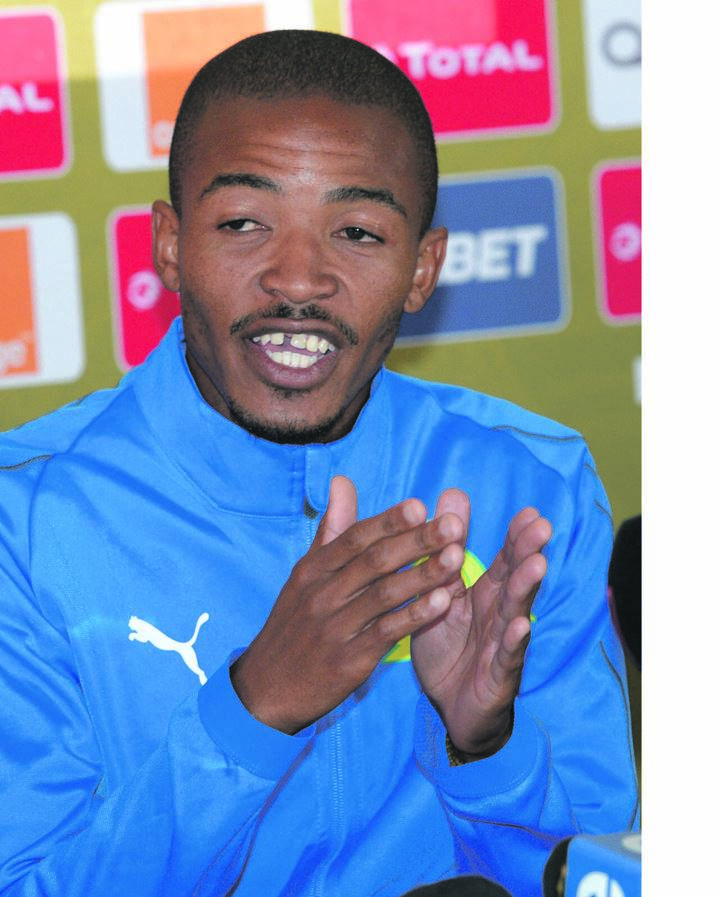 IF Thapelo Morena have things his way, Mamelodi Sundowns will bank a minimum of R23 million at the end of the 2019-20 Absa Premiership season in May next year.

The Brazilians’ versatile player says they are out to win their record 10th Absa Premiership title, the third in a row, which intrestingly pays a staggering R15m to the winners, and an R8m MTN8 trophy.

The Wafa Wafa title remains the only trophy that the Chloorkop outfit are yet to win, but Morena says they will “push as hard as we can, and do everything in our power to win the trophy”.

Morena’s season in 2018-19 was hampered by an assortment of injuries and he would be hoping that injuries will be a thing of the past, and he will have his full term uninterrupted.

“We will do everything in our power to ensure we successfully defend our title,” he said after they pipped Orlando Pirates to the first prize in May this year, where they pocketed their ninth title – second on the trot.

“For us as players we have one goal in common: defend the league,” said the 25-year-old from Mohlakeng in Randfontein.

“This is what we are going to do next season. And for everyone, money plays a very important role because winning the league is not only about glory, but money. Football is a very short career for us.”

There will be no early slip ups when the new season kicks-off on 3 August after the Premier Soccer League (PSL) and sponsors Absa made a huge increase in prize money.

From R10m that has always been the ultimate prize money to the winners, the two – sponsors and the PSL – have pushed it to R15m for the 2019-20 season; while the runners up will walk away with R7,5m.

And the Downs players must be motivated knowing that it has been the club’s norm that they get to share the whole loot, as club’s billionaire president Patrice Motsepe has always considered the fact that football is a short career, and players must be paid well.

The last time the Chloorkop side won the MTN8 was back in 2007 when it was still known as the SAA Supa 8.

They beat Orlando Pirates to the centre of the podium.

“The MTN8 is the only cup that the team doesn’t have,” says Morena, who has won two league titles since he arrived at the club from Bloemfontein Celtic in 2016.

“Everyone is looking forward to bringing the cup home.”

But there is also the Caf Champions League where they have been strong and are respected across the continent, and the African club competition pays about R35m.

The Brazilians will have a bye in the 2019-10 Champions League after Caf changed their calendar year in line with that of Uefa competitions, and will be joining in the group stages from November this year.

Now there won’t be any moaning or excuses that the players have not had enough time to rest.

Sundowns will open their MTN8 account with a clash against Celtic at home in the quarter-finals at the weekend of 10 and 11 August.