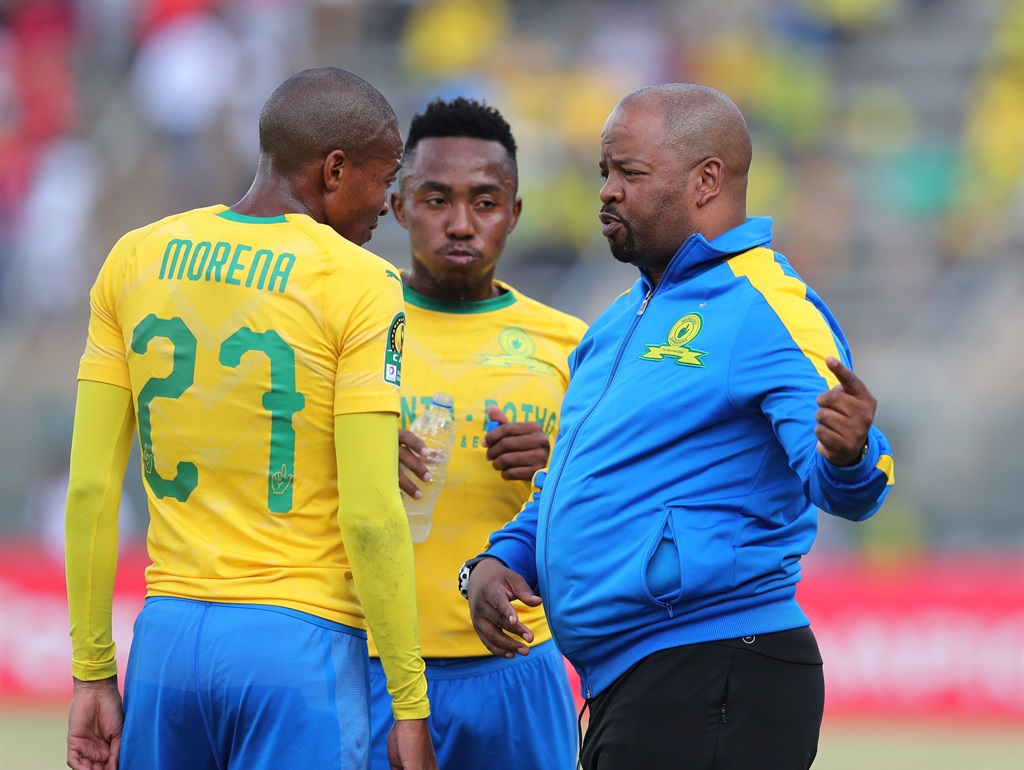 MAMELODI Sundowns co-coach Manqoba Mngqithi has cautioned his players against complacency, pointing at their level of disrespect for opponents.

The league title-holders smashed Orlando Pirates 3-0 to return to the top of the DStv Premiership.

But the reserve players angered Mngqithi with their taunting of their Bucs opponents as they huffed and puffed at Loftus on Sunday.

Such attitude could cost them in their catch-up games, starting with Maritzburg United tomorrow.

Masandawana bounced back from their recent slump with an emphatic win, and the juggernaut could be back on the roll again.

With two games in hand, Mngqithi’s side extend their one-point lead at the top, should they see off Maritzburg United at Loftus on Wednesday (3pm).

The last time Sundowns faced Maritzburg, Mngqithi was shown a red card as the coastal side frustrated Downs with a 1-1 draw.

However, the co-coach believes they are over the rough patch and ready to defend their title.

“People were beginning to think that we are out. They don’t understand that if you look at it physiologically, it is very unfair for our players. In the last 29 days of last month, we played nine games,” said Mngqithi.

“We always knew that with a little bit of a break and a breather, we would be able to recharge our batteries and come back. It was just unfortunate that we got the draw against Golden Arrows.

“And in the game against AmaZulu. I don’t even want to talk about the Chiefs (1-2) game because that’s a match we should have easily won.“

Mngqithi would have been pleased to see Peter Shalulile back in fine form, seeing the Namibian striker breaking his goal drought against Pirates.

Maritzburg have remained in 12th spot with four points from their last two matches.

But the point gap at the bottom of the log is quite close.

They need victory more than Sundowns do.