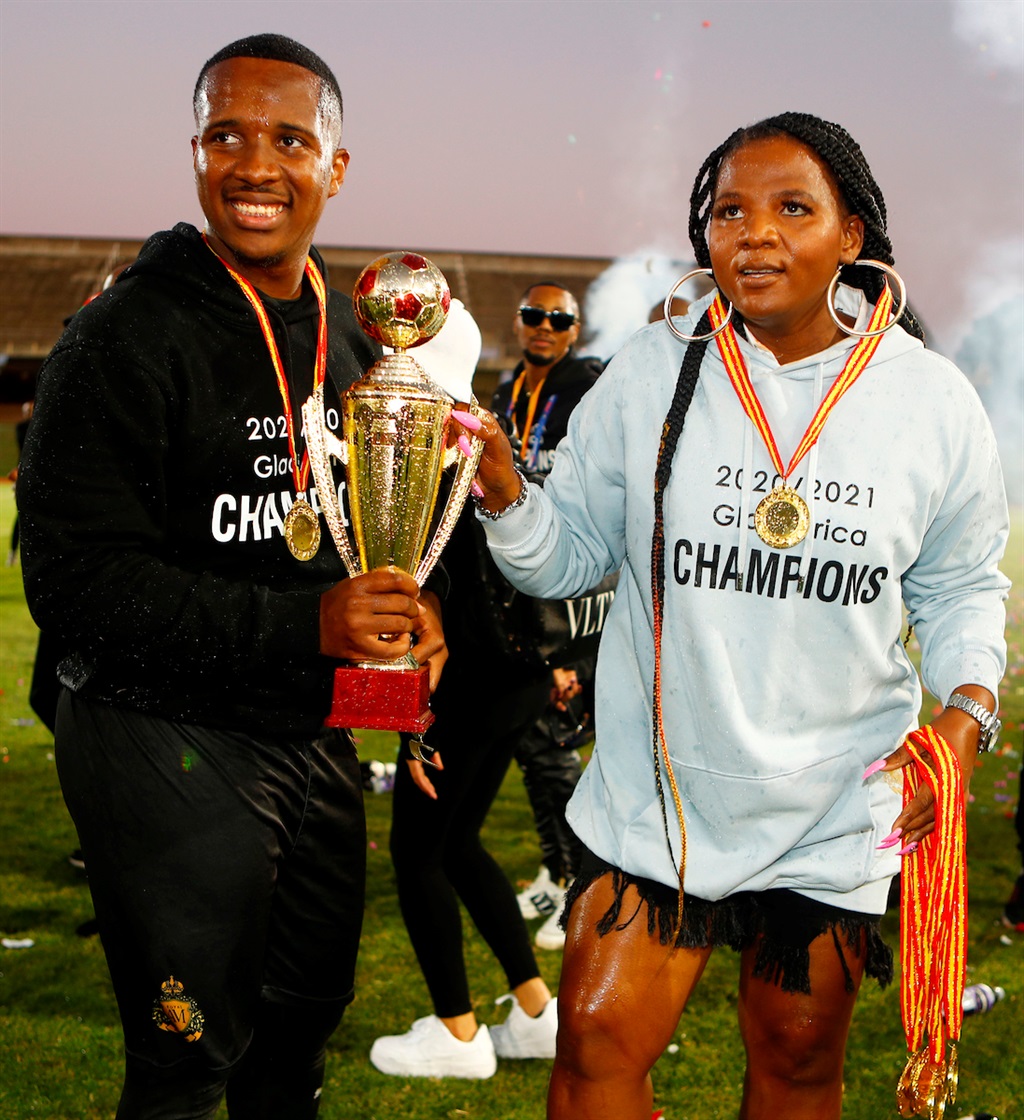 Andile Mpisane with Shauwn Mkhize oF Royal AM FC during the GladAfrica Championship 2020/21 game between Royal AM and Cape Town All Stars at Chatsworth Stadium on 23 May 2021 © Steve Haag/BackpagePix.

A VIDEO of Royal AM boss Mamkhize (Mabongi Mkhize) has emerged on Twitter demanding that her team must also get rewarded with a GladAfrica Championship trophy.

The outspoken boss seems to be running out of patience that her players will ever get the chance to celebrate their success since the PSL is embroiled in a court battle between Sekhukhune and Polokwane City to try resolve the matter.

“Do you think we will ever get this opportunity of getting our medals, the cup and getting to the stage? Oh my God, my heart is sour, look at the cup, where is our cup?

"This is unfair,” Said Mamkhize salivating when newly crowned DStv Premiership Champions Mamelodi Sundowns were rewarded with the trophy and medals.

The court will decide who gets automatic promotion to the PSL between AM and Sekhukhune.

This has also delayed the start of Championship’s relegation and promotion play-offs that involves a team the finished the season in second and third position together with Chippa United who ended the DStv Premiership in 15th place.