Golden Arrows coach Steve Komphela has lambasted on Luc Eymael and says he does not deserve a job in South Africa. .

STEVE Komphela has advised South African clubs NOT to employ Luc Eymael in any way or form.

“That one (Eymael) must not come to South Africa,” the Golden Arrows coach said after their 1-1 draw with AmaZulu in their 22nd KZN derby at the Sugar Ray Xulu Stadium on Saturday.

In fact, Komphela believes the former Free State Stars coach does not deserve any job in the Premier Soccer League (PSL) or... we’ll be going back in history".

Komphela's comments were provoked by questions from the media when they asked Usuthu coach Cavin Johnson if he’s feeling the pressure at the club, and that the Belgian was apparently interested in his job.

Johnson has not won a single match in five outings this season.

But before Johnson could respond to the question about his safety at AmaZulu, Komphela couldn’t help it but jumped on to the former's defence, saying if the Belgian gets a job in South Africa, or in any of the clubs, it’ll be a backward step. 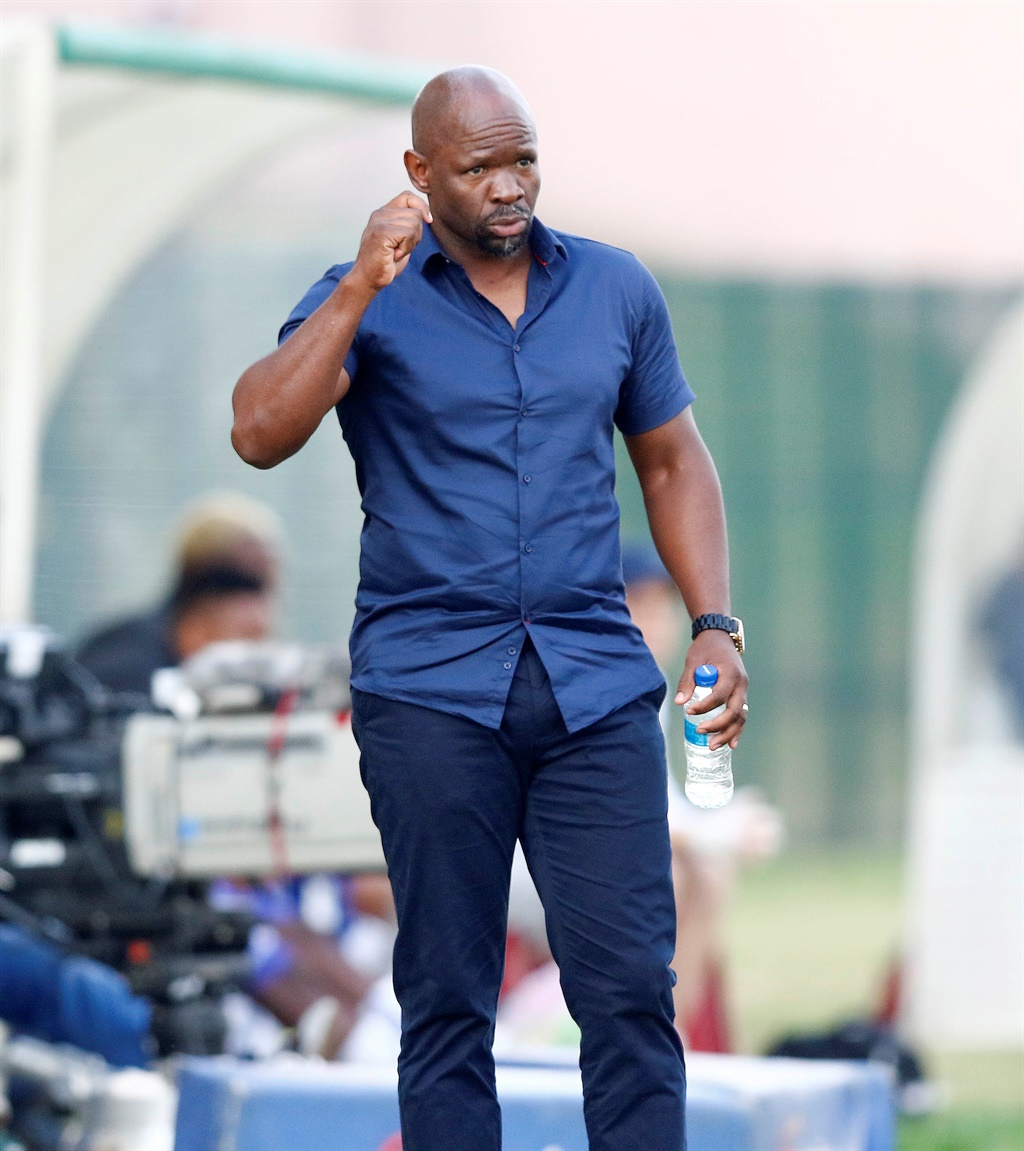 Steve Komphela of Golden Arrows does not want to see the sight of Luc Eymael in South Africa.

“No, I’m not being disrespectful," Komphela said.

"Eymael must not come to South Africa. This guy disrespected people tremendously, and this nation will be so naive, close to stupidity, if they were to allow such a man to come and work here.

“(How do) you give a man the respect, the resources that belong to our country when he thinks so little of us?

"This man put an ultimatum on two clubs (Kaizer Chiefs and SuperSport United) in South Africa ‘that in two weeks’ time, if you don’t employ me, then... (I’ll remain at FS Stars).

“What about his employers? Firstly he insulted Free State Stars, and again said two teams must employ him. Please don’t bring Eymael here.

“Eymael must stay where he is. But if people want to learn more about (our) history, then they must bring Eymael back in South Africa.”

When Johnson was asked for his reaction to Komphela’s response, then former Maritzburg United and Bloemfontein Celtic didn’t stop: “When there’s lack of respect, diplomacy must be minimal. AmaZulu coach Cavin Johnson has agreed that Luc Eymael does not deserve to coach in South Africa.

”Johnson then laughed in agreement: “Okay, Luc Eymael must not come back to South Africa.”

Komphela added: “I know from your own level of humanity you don’t want to respond...”

This is not the first time Komphela has lashed out at Eymael.

In the last game of the past season, Komphela was left infuriated when asked for his feeling to see the Stars, the club he coached and played for, going down to the National First Division (NFD).

He blamed Eymael for their demise.

He then described him as an "ungovernable" and someone who has no respect for the country.

Komphela and Eymael's feud stems back from the 2017-18 PSL season when Eymael suggested that he has never lost to a team that employs 3-5-2 formation. That was after Stars beat Kaizer Chiefs, then still coached by Komphela, 2-0 in the Nedbank Cup semi-final at Durban’s Moses Mabhida Stadium in April last year.

That proved to be Komphela’s last match at the club as he was sacked from Chiefs.

In turn Eymael was heavily linked with the Chiefs post before it went to Giovanni Solinas. Eymael was fired by Ea Lla Koto in November last year, just seven months after he helped Stars win the Ke Yona trophy for the club in 24 years.

When Eymael was replaced by Nikola Kavazovic, who couldn’t save the club, taking over from Eymael, the Serbian coach also said he found the club in dirt and in a rubbish state.