KHUNE BACK TO WATER BOY DUTIES 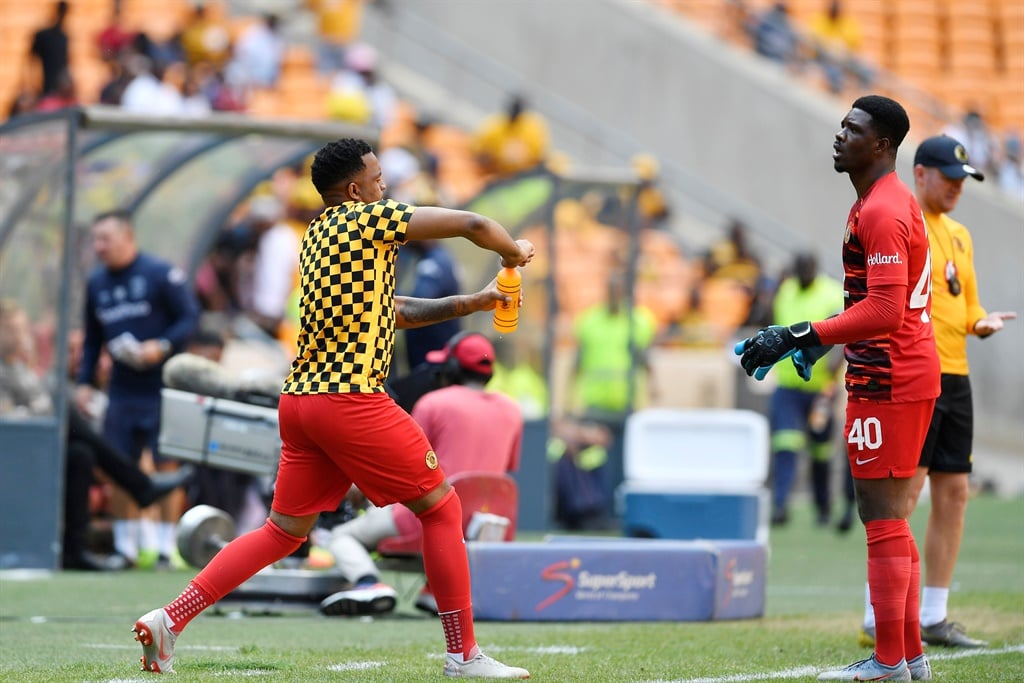 KAIZER Chiefs goalkeeper Itumeleng Khune will wait a bit longer before he regains his No 1 jersey.

Although Khune is fit to play having helped Amakhosi beat Royal Eagles 1-0 in the Nedbank Cup last 32 round last weekend, coach Ernst Middendorp insist that he will stick with Daniel Akpeyi.

It was Khune’s first appearance for Amakhosi in nearly six months after he was sidelined through injury.

The German-born mentor confirmed that the Nigerian International keeper will return in goal when they face Maritzburg United in an Absa Premiership clash at FNB Stadium tomorrow (6pm).

“At the moment I made it very clear that Daniel Akpeyi is starting in the goalkeeper position,” said Middendorp.

“Itu (Khune) played his first game in several months and we were happy with him.”

Despite the setback, Khune has vowed to fight tooth and nail to regain his number one jersey.

“I will bounce back,” said a determined Khune.

“I’m going to work very hard to ensure that I reclaim my position at Chiefs and Bafana Bafana.

“I have been pushing myself hard, trying to get back into the team as a regular starter but Daniel has not made it easy for me.

“He deserves all my support because at the end of the day we want to achieve as a team. Whoever gets the nod will have everyone’s support at the club.

“But it all boils down to hard work and determination. The harder I work in training the more I will convince the coaches that I deserve to be back in the team. It’s always good to give coaches a good headache on whom to put in the starting eleven.”

The 32-year-old, who recently became a father to a baby girl, is also worried that age is not on his side.

He has implemented a training programme that will help him prolong his career as he looks to play well into his forties.

“I do a lot of cardio because age is not on my side anymore,” added Khune.

“Yes, we age like fine wine as goalkeepers, but I have to invest in my body if I want to play till 40s.”