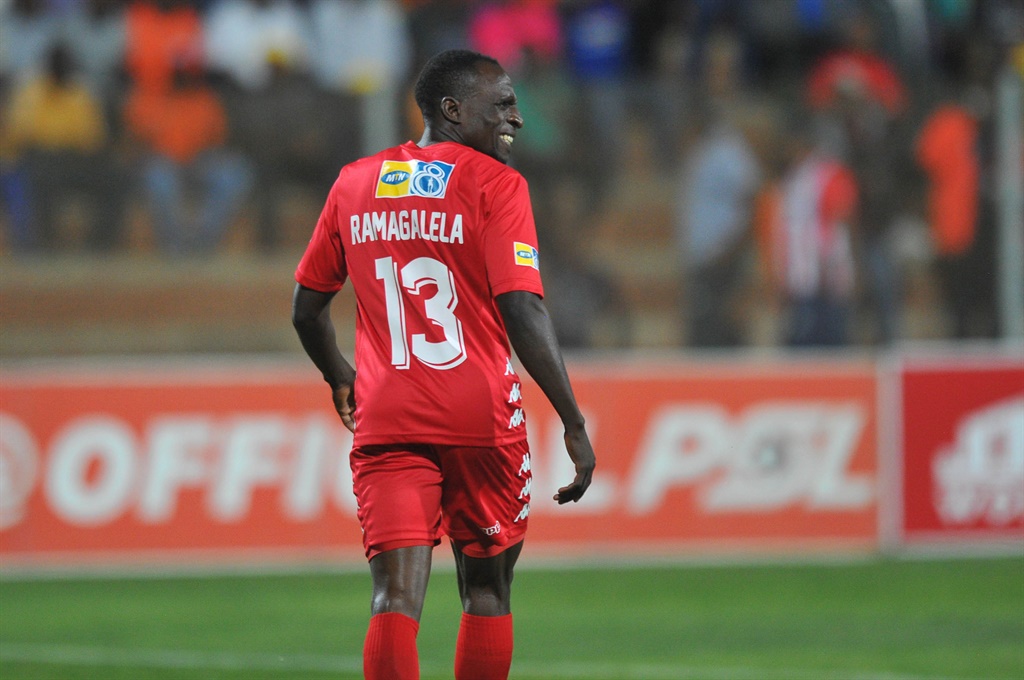 Rodney Ramagalela of Highlands Park during the MTN8 2019 Semi Final 2nd Leg match between Highlands Park and Polokwane City on the 17 September 2019 at Makhulong Stadium, Tembisa.

HIGHLANDS Park coach Owen Da Gama says his charges have a point to prove when they host unpredictable Bidvest Wits at the Makhulong Stadium when the Absa Premiership resumes on Tuesday night (7.30pm).

The sixth placed Lions of the North hit a rough patch just before the international break but Da Gama said that was due to a lot of pressure by having to play six matches in a four week period before the Fifa recess which caused injuries to key players.

Said Da Gama: “The break came at the right time for us. We had a lot of injuries and were playing a lot of games, which took its toll on the players. We have the quality and have recovered. We can’t wait to play Wits.”Back from injury are key players such as striker Rodney Ramagalela, right wing Sphiwe Mahlangu plus defender Limbikani Mzaya and Bafana Bafana midfielder Mthobi Mvala.

Da Gama said having his players fit again will make the world of difference: “We have the quality and are ready.

“We used the break not only to get players fit again but we played three friendly matches and won all three.”Da Gama has also been doing his home work on the Clever Boys.

Said the Highlands coach: “I have been watching them closely. I don’t think they have hit their true form or high note as yet. But they are still a formidable and experienced side led by a top coach in Gavin Hunt.

Da Gama pointed to Wits 1-0 loss to SuperSport United in their last league outing before the Fifa break on 8 November: “Wits lost in injury time so that shows they are still trying to get their normal rhythm going.”

But Da Gama, who has plans to see his Tembisa based outfit finish in the top eight again after a remarkable seventh place finish last season, will not be lulled into a false sense of security as Hunt’s men have only played seven league fixtures compared to Highlands 11. Both teams sit on 15 points.

Stated Da Gama: “Wits have not been idle as they have been active and doing well in the Caf Confederation Cup where they have reached the group stages winning 6-0 in their last qualifier. I have had the chance to watch them and know what we will be up against.”

But Da Gama is quietly confident and will be looking for three points to cement the Lions of the North’s place in the top eight.

Said Da Gama: “We finished in the top eight last season after winning promotion. We were an unknown factor last season now teams have worked us out but we are playing well having reached the MTN8 final and I’m confident we can finish in the top eight again this season. I’m aiming at a fifth place finish.”