LEOPARDS CLAW THEIR WAY BACK! 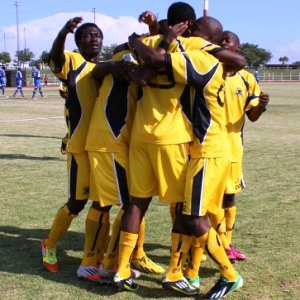 BLACK Leopards coach Jean Luscuito has told his charges not to rest on their laurels as they gain ground on National First Division leaders Thanda Royal Zulu.

He took over 10 games into the season when the club was not doing well – ninth in the standings with 12 points. But he managed to turn Leopards’ fortunes around, making them the team to beat in the NFD.

Lidoda Duvha have played nine games under his guidance and have yet to lose.

They won six of the nine and drew three, which saw them climb from ninth to second in the standings. Leopards have 33 points, seven fewer than Thanda.

They have only found the back of the net 12 times on nine occasions, but Luscuito is not concerned. He said: “The main focus is to get results. My goal is to get the club promoted at the end of season. Things are going according to plan.”

Leopards’ next game is against inconsistent Stellenbosch FC at Athlone Stadium in Cape Town on Saturday (3.30pm).