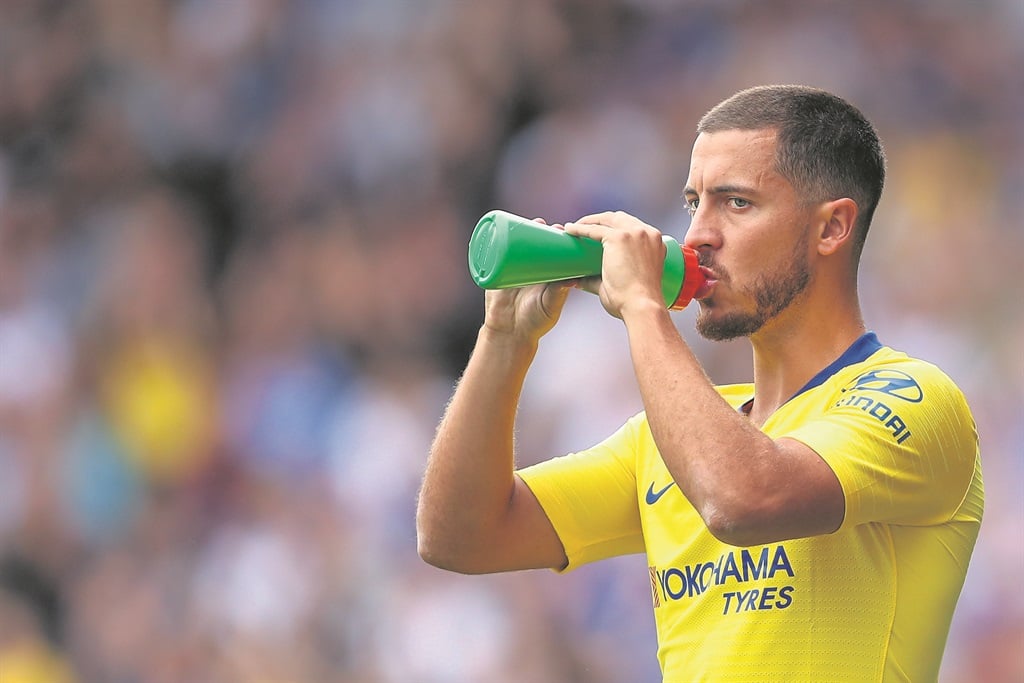 MAURIZIO Sarri has admitted that Eden Hazard needs more time to get back to his very best despite an impressive 15-minute cameo as a substitute in Chelsea’s 3-0 win at Huddersfield on Saturday.

Sarri’s side overcame an awkward start at the John Smith Stadium to give their new boss victory on his Premier League debut at the end of a turbulent summer.

N’Golo Kante opened the scoring with a deflected volley, 27 days after starting for France in their World Cup final victory over Croatia, before Jorginho’s penalty and a late third goal from Pedro completed a comfortable enough victory.

The appearance of Hazard came amid continuing uncertainty over the Belgian star’s future.

Hazard has been linked with a move to Real Madrid, who signed Chelsea goalkeeper Thibaut Courtois just two days before Sarri’s opening Premier League match – a transfer that added to the sense of instability at Stamford Bridge following Sarri’s arrival to replace the sacked Antonio Conte last month.

The future of Hazard, who only returned to training with his club a week ago after helping Belgium finish third at the World Cup, may not be sorted out until 31 August, when the transfer window closes in Spain.

His quality was there for all to see during his brief appearance, with a fine run from midfield, taking out several Huddersfield players before he slotted in Pedro to score Chelsea’s third goal.

Asked if he was surprised by the effectiveness of Hazard’s contribution, Sarri said: “I think that Eden in this moment cannot play for 90 minutes. He has to improve, to have training.

“I think the best thing is for him to play 15-20 minutes when the opponents probably are tired.”

“But everybody fights with their weapons.”

Sarri has had little time to put his plans into action, however, having only been in the job for four weeks, and his 4-3-3 set-up did not always look assured against Huddersfield.
– SUPERSPORT.COM