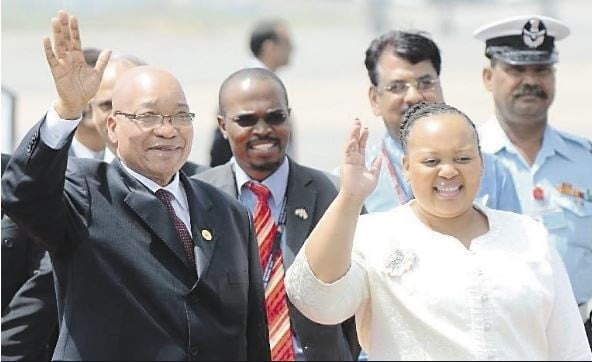 FORMER President Jacob Zuma is said to owe school fees for one his children.Our sister papers City Press and Rapport reported that the high school in KZN  has taken the Zumas to court for the child's outstanding fees.The child's mum is Nompumelelo MaNtuli Zuma,who last month was cleared of long time allegations of poisoning her then president husband.

Reona Ramnarain, of Bentley Attorneys, confirmed to the paper last week that the account remained unpaid, despite the judgment against the Zumas being granted.

According to the papers,the school obtained the judgment after Zuma failed to file a notice of intention to defend the claim.

The Zumas are now also liable for legal costs in the amount of R1 412.Last month the SunTeam reported that the National Prosecuting Authority would not prosecute Ma Ntuli for the alleged poisoning .MaNtuli afterwards described her "five years of hell"as she and her three kids were kicked out of Nkandla.She also said her estranged husband had not made contact with her since she was cleared of any wrongdoing.