‘Why did you kill my son like a dog over a mask?’ 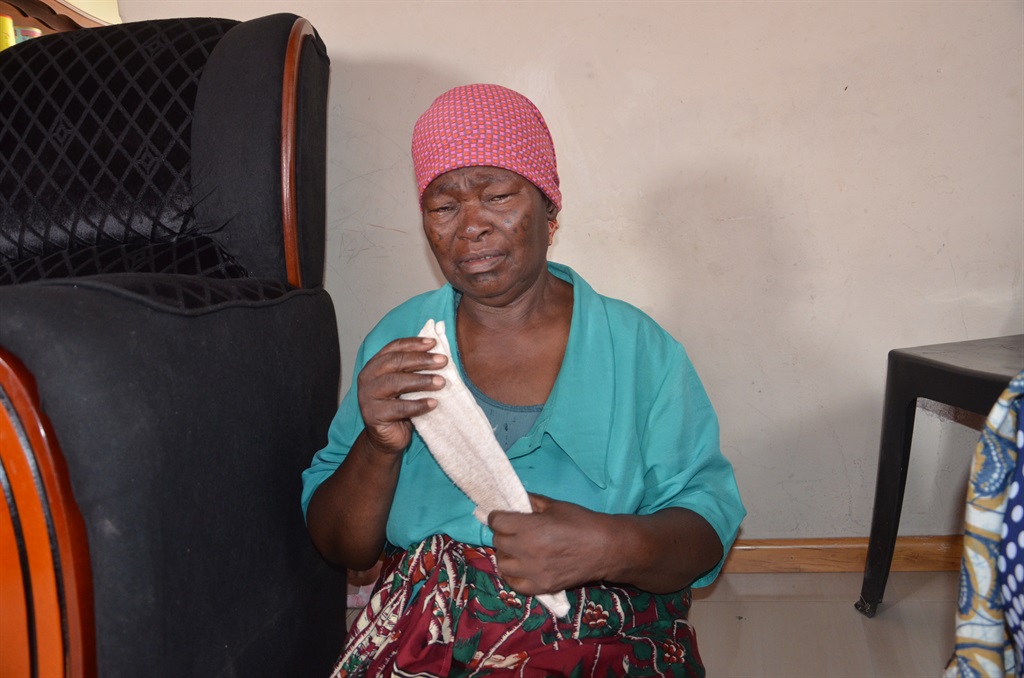 They were demanding answers over the death of Pleasure Manzini (34), whom they claim was brutalised by guards before dying in the hands of the Mhala police late yesterday.

Police arrived in their numbers to stop the chaos at the mall in Mpumalanga.

This was after residents chased out all the mall’s staff and demanded that TSB Security Service’s contract be cancelled with immediate effect.

They vowed the mall would not operate until they got answers.

Pleasure’s family only found out about his death after residents along with the mall’s management, the security company’s bosses, cops and ANC political leaders arrived at their home.

Shocked gogo Became Hlongwane (82) burst into tears when police and the security guards’ boss Pretty Sibuyi told them Pleasure had died yesterday and his body was kept in a government mortuary.

They told her he had died after getting into a fight with a few guards.

“We left Pleasure alive with the police as he was pressing charges against our guards at the police station. He had attacked two of our guards, who are currently in hospital, with a shovel at Roots Butchery. He was refusing to put on a mask and sanitise his hands at the butchery door before entering. We are sorry about his accidental death, and we are ready to settle with the family,” said Sibuyi.

But the heartbroken gogo Became said: “Why did you kill my son like a dog over a mask and sanitiser and keep him in a storeroom? He died in your hands and you didn’t tell us where you kept his body. I want him alive. You must take care of his son and also handle his funeral.”

The mall’s boss, Tiny Mhangwana, said: “I’m totally depressed because I know the deceased very well. A dark cloud has fallen over us. But we would like to send our deep and heartfelt condolences to the family.”

Police spokesman Colonel Donald Mdhluli said a case of murder has been opened and the investigation was ongoing.