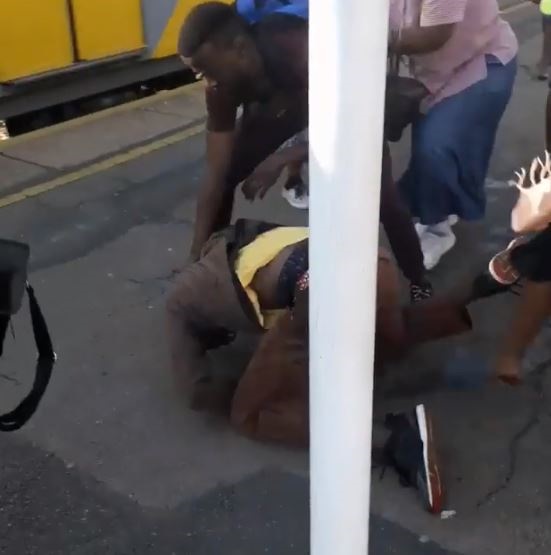 A video of a group of women beating up a man they accuse of being a thief has surfaced.

In the video, women are seen taking turns to klap the man at an unknown train station.

It is not clear what the man had allegedly stolen but the women could be heard repeatedly saying you are a thief, while unleashing a couple of klaps on him.

Also, It is not yet clear where and when the video was taken.