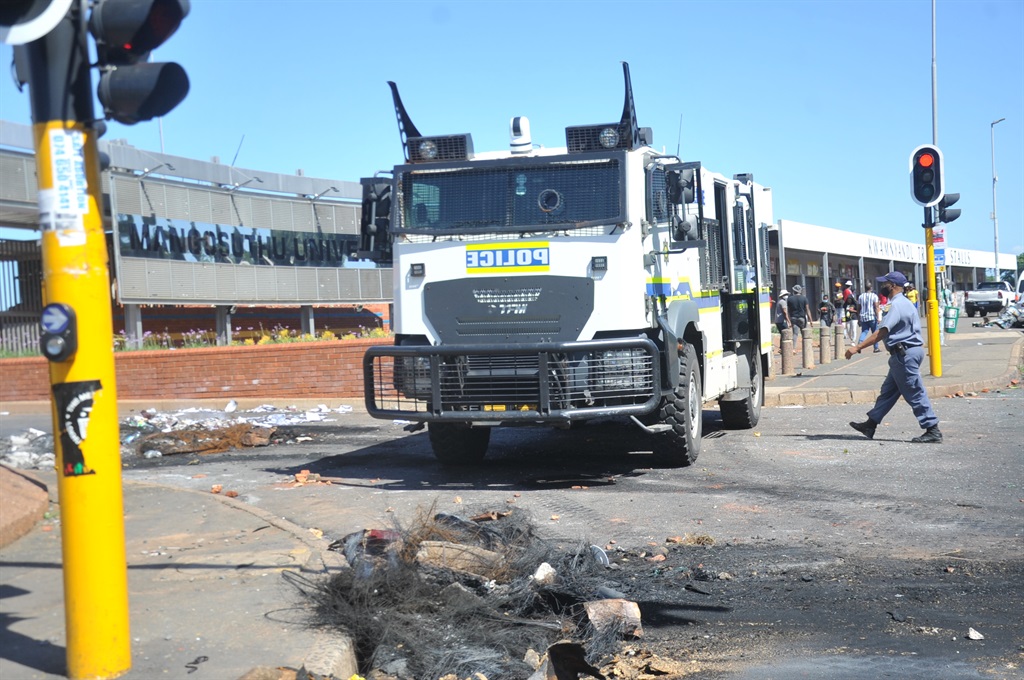 STUDENTS from the Mangosuthu University of Technology (MUT) have vowed that no teaching and learning will take place if their demands are not met.

They made this vow following their protest on campus in Umlazi, south of Durban on Thursday.

Student Representative Council (SRC) faculty officer, Minenhle Shabalala said: "Nothing is going to happen in this higher learning institution if its management continues with its way of doing things. We are going to make sure of that,"

Among the things he said they are demanding from the institution is that it allows students to continue with their registration and proceed to lectures even if they have debts.

He said he said this is because the National Student Financial Aid Scheme (NSFAS) has confirmed to scores of students that they have been approved for financial aid.

"NSFAS has confirmed that it is going to pay students. Our plea is that we tabled a few weeks ago to the management is that it allows the registration process of students to proceed and then the acknowledgment of debt forms would be signed later because it's already too late," said Shabalala.

He said their proposal also cited that the Covid-19 regulation would not be met if the university forges through with the idea of forcing students to sign an acknowledgment of debt forms before they proceed for registration.

MUT Spokeswoman Mbali Mkhize said the institution is aware of the protest.

Mangosuthu University of Technology protesting students have chanced out #eNCA and locked the gate, stating that they do not want them to cover their protest. #MUT #DUT #BladeNzimande ?? @SakhiNxumalo @TheMercurySA pic.twitter.com/4bqFBxANLd

Mangosuthu University of Technology protesting students have chanced out #eNCA and locked the gate, stating that they do not want them to cover their protest. #MUT #DUT #BladeNzimande pic.twitter.com/a54bpc7KCb