Police recover a stolen vehicle at the “Achaar House” stripped and the owner of the house is nowhere to be found. .

EARLIER this year, viewers of Uyajola 9/9 were introduced to the Atchar House.

It soon got the show involved in massive drama when it emerged the residents were only acting for the camera.

AND NOW, THE ATCHAR HOUSE HAS ONCE AGAIN BECOME INVOLVED IN A SCANDAL – THIS TIME INVOLVING A STOLEN CAR.

“I was shocked to see the house on TV shortly after the hijacked car was taken away.”

Last Thursday, a hijacked car was found stripped in the yard of the house in Finetown, Joburg.

According to a police source, it was the second time a stolen car had been found at the house.

READ: NO MARRIAGE FOR BUTHELEZI!

“The previous incident was in April. A car hijacked in Benoni was found in the yard. At the time, a suspect who lives at the house was arrested,” said the source.

“I was shocked to see the house on TV shortly after the hijacked car was taken away.”

Officers familiar with the case told Daily Sun the second car was a Toyota Hilux suspected to have been hijacked in Lenasia. 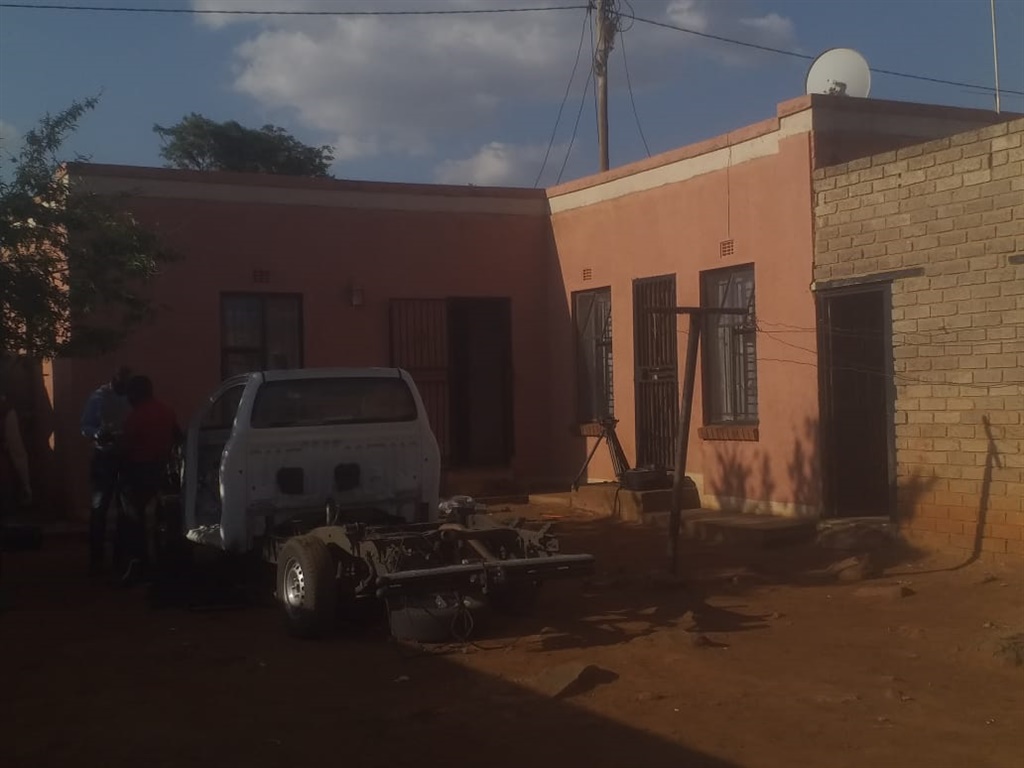 Police recover a stolen vehicle at the “Achaar House” stripped and the owner of the house is nowhere to be found.

“It’s a pity the suspect was not in the house when the car was found,” said the source.

“A house can’t be that busy all the time. We’re not accusing them of anything, but even if someone is a socialite there’s no way you can have people visiting every day,” claimed a neighbour.

Another neighbour said: “First they lied on TV. Wow, this family keeps surprising us. Maybe the car was stripped without their knowledge. They have lots of friends, so we don’t know what’s going on.”

Another neighbour said: “The grinding of metal as a result of cars being stripped disturbs us, specially our kids when they’re studying.” Doors and other parts belonging to a hijacked Hyundai H100 found at the house four months ago.

Cops were unable to locate the homeowner. Metro cop Chief Superintendent Wayne Minnaar said officers traced a stolen vehicle to a yard in Finetown and, on arrival, it had been stripped.

“The owner was not there when officers arrived. The owner needs to explain how the stolen car got to his place and was stripped without his knowledge,” he said.

Cops were trying to trace the owner, and the car was impounded. “When neighbours are asked about his whereabouts, no one is able to answer. Everyone knows nothing,”