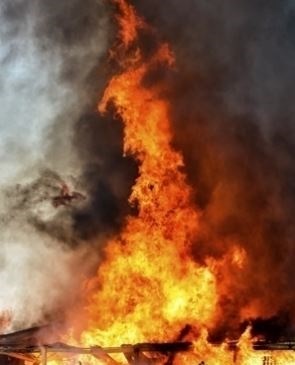 One of the trucks was reportedly torched in Hendrina, four in Arnot, while another one in Kriel.

According to police spokesman Brigadier Leonard Hlathi, a complainant in Hendrina was reportedly asleep inside a parked truck.

He was reportedly woken up by the sound of a breaking window.

Hlathi said: “The complainant saw an unknown male suspect who ordered him to get out of the truck.

Hlathi said the suspect who ordered the complainant out of the truck took out a box of matches and set blankets inside the truck alight.

“The suspects reportedly fled the scene in a white Toyota Corolla after noticing police were coming,” Hlathi said.

“Police gave chase, but no arrests have been made.”

Meanwhile, in the incident in Arnot, atruck driver was allegedly ordered to take out his belongings.

An unknown male suspect accused the driver of continuing to work while others were on strike.

Hlathi said the damage to the trucks was estimated at R5 million.