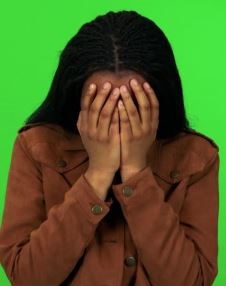 A COURT has awarded a transgender activist 400 000 Zimbabwe dollars (R15 600) in compensation after she was bust for using a ladies’ toilet, she said on Monday.

Ricky Nathanson, whose age was not given, was arrested and detained for 48 hours in 2014 and charged with criminal nuisance after she used a women’s toilet at a hotel in Bulawayo.

“I’ve waited almost five years for this moment. I’m elated. This is an incredibly life-changing decision. It’s a great moment for Zimbabwe,” said Nathanson, who’s now based in the US where she works as an activist for a human rights organisation.

Homosexuality and transgender are generally frowned upon in Zimbabwe.

Nathanson said the ruling “affirms and recognises the fundamental human rights, freedoms and dignity of all its citizens. My wish is for society to be more tolerant and where LGBT people are not in constant fear of being targeted”.

A local daily quoted High Court judge Francis Bere as saying Nathanson “was not only deprived of her liberty, but subjected to forced anatomical examination in the most crude and naked manner by adventurous members of the police”. – REUTERS

“As if that was not enough, she was subjected to further invasive examination at two different medical institutions all because of her transgender status, something that she did not invite upon herself.”