Senzo Meyiwa of Pirates during the Absa Premiership match between Black Aces and Orlando Pirates at Mbombela Stadium on October 21, 2014 in Nelspruit, South Africa. (Photo by Dirk Kotze/Gallo Images).

THE BONES have been rolled and this time, according to sangoma Mkhize, the truth will come out.

“Senzo and his father are united,” he said.

“TOGETHER, THEY ARE FIGHTING FOR JUSTICE FROM BEYOND THE GRAVE!”

“My bones say Senzo has watched for many years as his family suffered and now he wants his killers to be found,”

Sangoma Skhunisivuthemanzini Mkhize from Meadowlands, Soweto, said Senzo and his father are fighting for justice together.

“Sam Meyiwa died with a broken heart waiting for justice, which he never got. Now they’re together on the other side and they’re fighting as one,” he said. And this was also confirmed by Prophet Nhlakanipho Gwala from Mzimhlophe, also in Soweto.

He prayed with water in a bottle and got answers from the ancestors.

“My ancestors tell me that Senzo’s spirit is awake and fighting like never before. He wants justice now,” said Gwala.

READ: 'SENZO'S SPIRIT IS HAUNTING THEM!'

The Bafana Bafana and Orlando Pirates goalkeeper died in October 2014 at the home of his girlfriend Kelly Khumalo in Vosloorus, Ekurhuleni, allegedly during an attempted armed robbery.

But it’s been five years and still no one has been bust for his death.

Recently, the Meyiwa case was again on everyone’s lips.

“My bones say Senzo has watched for many years as his family suffered and now he wants his killers to be found,” said Mkhize. Sangoma Skhunisivuthemanzini Mkhize and his thwasa Gogo Zanemvula Noko say that Senzo Meyiwa is fighting from his grave: Photo by Collen Mashaba

He said what has caused more energy is the arrival of Senzo’s father, who died this year.

“The people involved in his murder will talk. They’ll start fighting among themselves and end up talking.”

He said they’ll say things that will implicate them.

“They won’t know that what they’re saying will sell them out.”

Recently, the Meyiwas have turned to AfriForum for help.

“We will let the investigation continue for now,” he said. 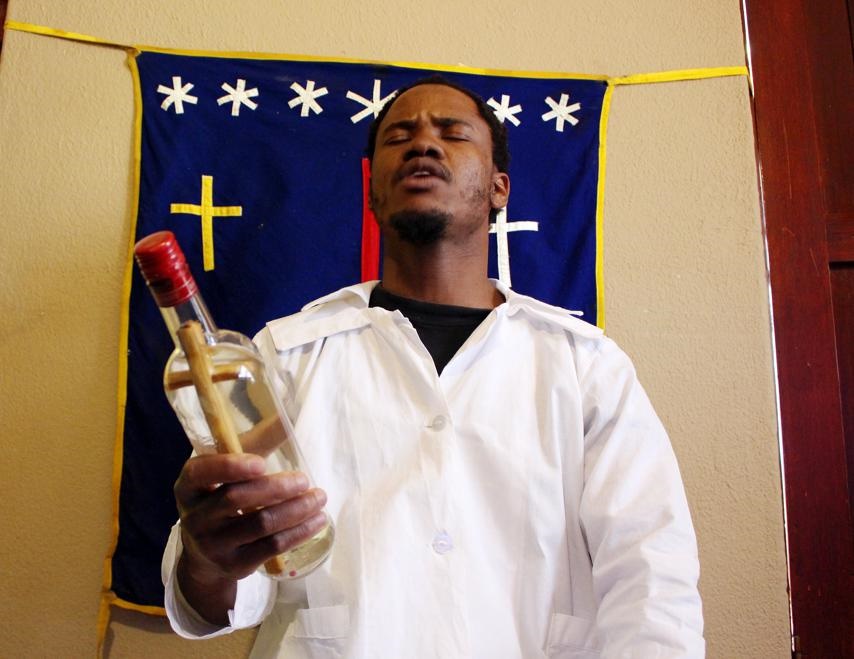 Prophet Nhlakanipho Gwala says that Senzo Meyiwa is turning in his grave: Photo by Collen Mashaba