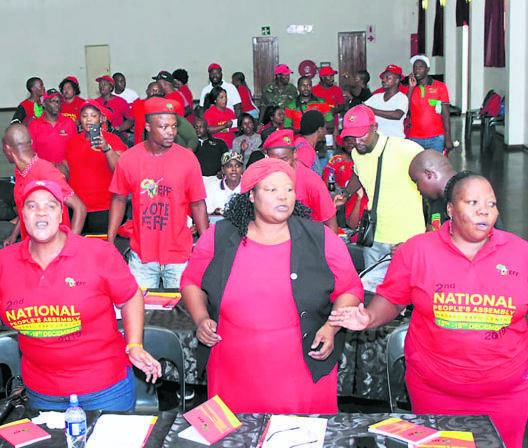 COWARDS in the EFF must leave!

This is what the party’s secretary-general Marshal Dlamini said during an address to party members in Durban, KZN yesterday.

"There's no longer gold or platinum in the ground, and that’s why whites wanted Eskom privatised so they could have something to sell."

“Fighters, the war has started,” he said.

"THE EFF TOUCHES THE UNTOUCHABLES!"

“Eskom is the lifeblood of the country. So, if you’re handing it to white people, you’re giving them the whole country. It’s going to be rough. So, those who fear death or prison, here’s the door. Leave now!”

He said there was no longer gold or platinum in the ground, and that’s why whites wanted Eskom privatised so they could have something to sell.

He said buying electricity from independent suppliers would be so expensive that poor people would not be able to afford it.

He said by allowing SAA to cancel its routes, the government wanted British Airways to run them.