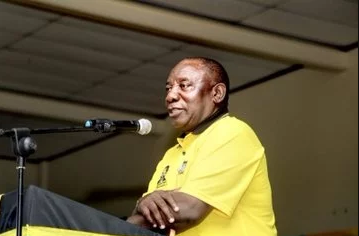 President Cyril Ramaphosa took to the streets of Pampierstad in the Northern Cape on Tuesday as part of the ANC's 108th anniversary celebrations being hosted in Kimberley.

He walked to various houses through the crowded, muddy streets, to hear more about residents' everyday needs.

Single mother Susie Sedimo was excited to host the head of state.

"I am so happy to see the president in person," she told News24.

Sedimo said she asked Ramaphosa to have the drainage system in the area fixed.

'The president must help us'

"Every time I flush my toilet, then all the sewerage comes up and floods my bathroom. Then the whole house stinks," she said.

Masego Leboya, who has been living in the community since 2011, is worried about a lack of service delivery.

"The president must help us and fix the road because we can't walk on this road like this."

"He must help us with the road and make sure there is water in our community," she added.

Leboya admitted that even though the ANC hasn't kept its promises to South Africans, she will still celebrate the ANC's anniversary because she is a supporter through and through.