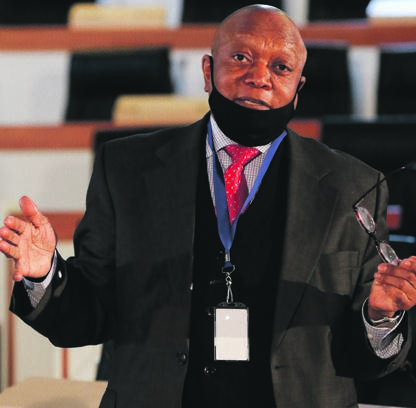 FORMER Prasa board chairman Popo Molefe told the Zondo Commission yesterday former minister in the presidency Jeff Radebe was part of the “dark forces” that wanted to dissolve his board.

He said the plan was to make way for axed group CEO, Lucky Montana.

“I was advised there was a teleconference with employees of Prasa and they were encouraged by Radebe to continue to put pressure on the board. This was to create turmoil to justify removing the board.”

“The minister didn’t raise any concerns except that they delayed and delayed. I can produce several letters to the minister saying we need a proper management team, so we can get our work done.”

Molefe said former president Jacob Zuma, Peters and Radebe wanted Montana back. He said they blocked the appointment of the new CEO to remove the board.

“It can’t be for lack of properly qualified candidates. They’ve been appointing acting people,” said Molefe.

Commission chairman Raymond Zondo couldn’t hide his shock that Prasa had been without a CEO for five years. Molefe said he notified the ANC top 6 about corruption at the parastatal during a meeting in 2016, but nothing was done about that information.

Zondo said he’d like to know what ANC leaders did with information about alleged corruption.

“If they’re told by the chairman of a government entity board there’s a lot of corruption and we’re taking steps, I want to know what they did after that.”