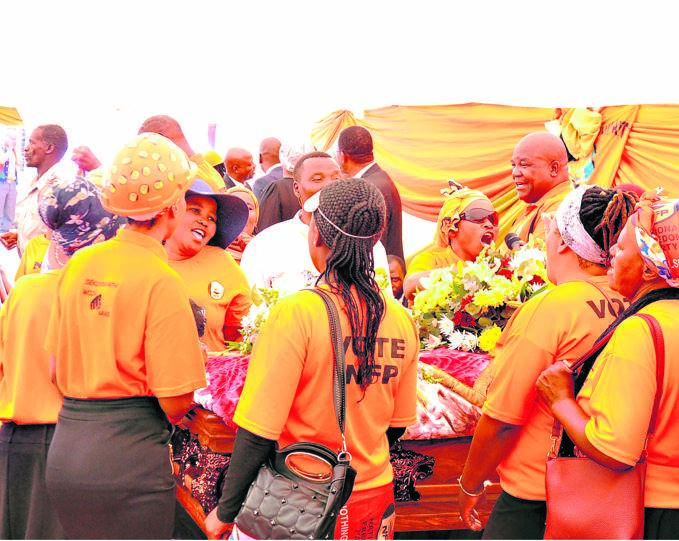 Some of the NFP members who attended Amelta Dlamini’s funeral at Khethani in Winterton, KZN, yesterday. Photo by Jabulani Langa.

MOURNERS prayed for Vikizitha Mlotshwa’s young son to get better.

This was at the funeral service of the boy’s mother, Amelta Dlamini (39), on Saturday.

She was NFP legislature member Mlotshwa’s fiancee, who died in hospital on Friday after setting their house in Winterton on fire last Thursday.

Her son, Sheleni (4), was in the house and was seriously injured. He’s recovering in hospital.

Amelta killed herself because she was troubled by her daughter, who is Mlotshwa’s stepdaughter Busiswa Dlamini (15). Busiswa killed herself after hearing of her mum’s death.

Speaking on behalf of the NFP Okhahlamba branch, Themba Zondo said Mlotshwa had been through so much in his life.

“We need to pray that the boy recovers and comes back home to his father,” he said.

“We hope he recovers so that Mlotshwa does not lose three family members,” he said.