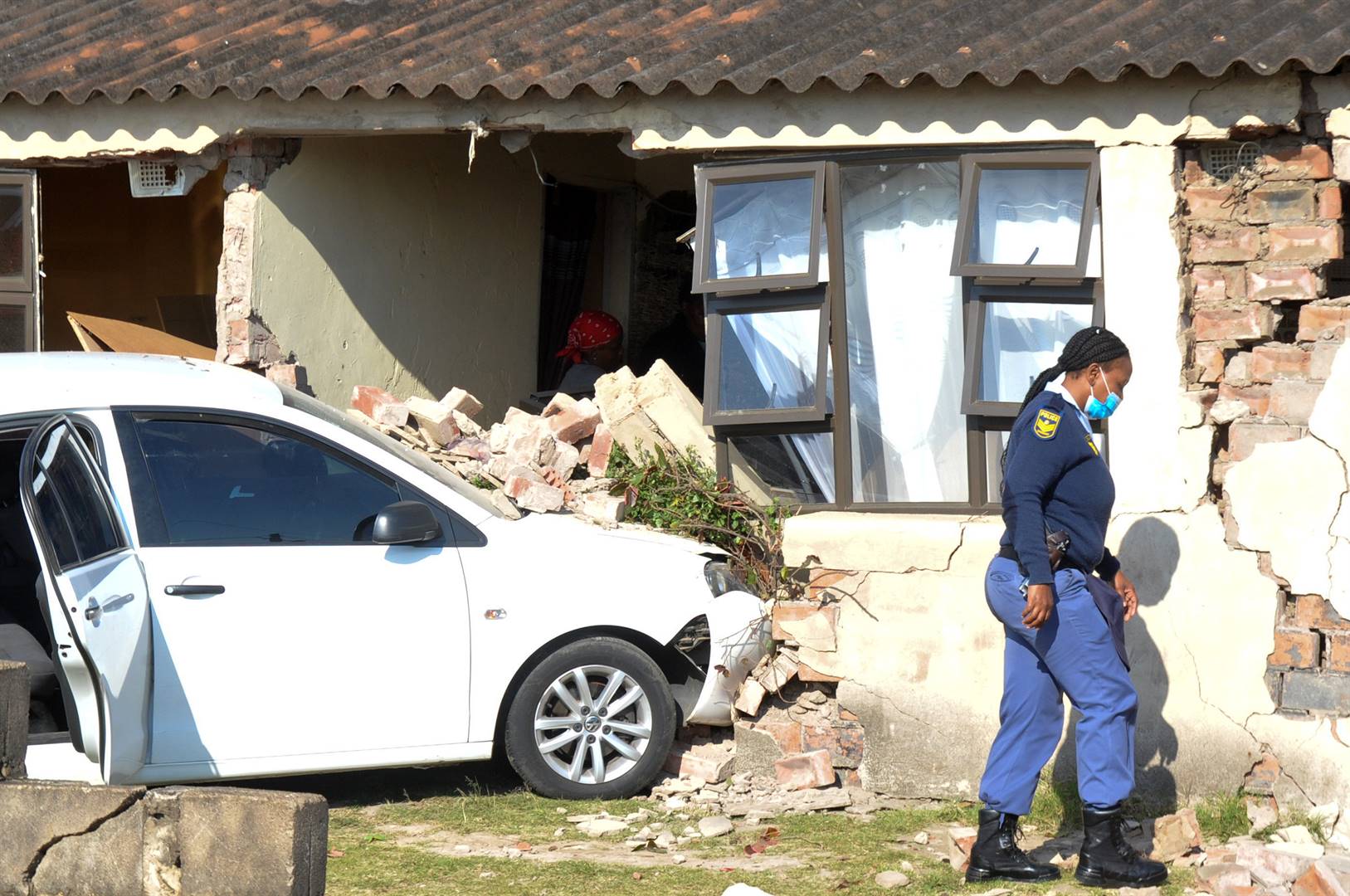 The damage to the house from the two cars. Photo by Jabulani Langa.

AFTER speeding cars damaged their house, the family of seven had to stay in their outside one-roomed shack for the whole week.

But a caring neighbour decided to help the family from KwaMashu K section north of Durban by repairing the house and made arrangements with the driver who caused the accident to pay.

House owner Ntombifuthi Thabethe (51) told Daily Sun repairs on the house started on Sunday after last Monday’s accident and now were complete. “We used to sit outside the entire day and then at night sleep together in the one-roomed shack. It’s been a very difficult time for us as the family. But now we’re happy the house is fixed.”

She said the neighbour who intervened said he would give all slips of the materials he bought when fixing the house to the owner of the car that caused the accident. “I was starting to get worried because I thought the owner was not going to be traced, as we don’t have his number. But fortunately, the neighbour managed to trace him. I don’t know how they made the arrangements but I was told he’ll be given slips of the materials and then pay.”

Ntombifuthi said the owner also had to buy her furniture as well. “But for now, we are happy we have a roof over our heads again. The injured child is also well now.”

The alleged drunk driver of the red Toyota Etios hit a car at a robot and then tried to escape at high speed but hit another white Etios in front of him. Both cars veered off the road and crashed into the house, damaging a bedroom and dining room and also injured a five-year-old in the bedroom.