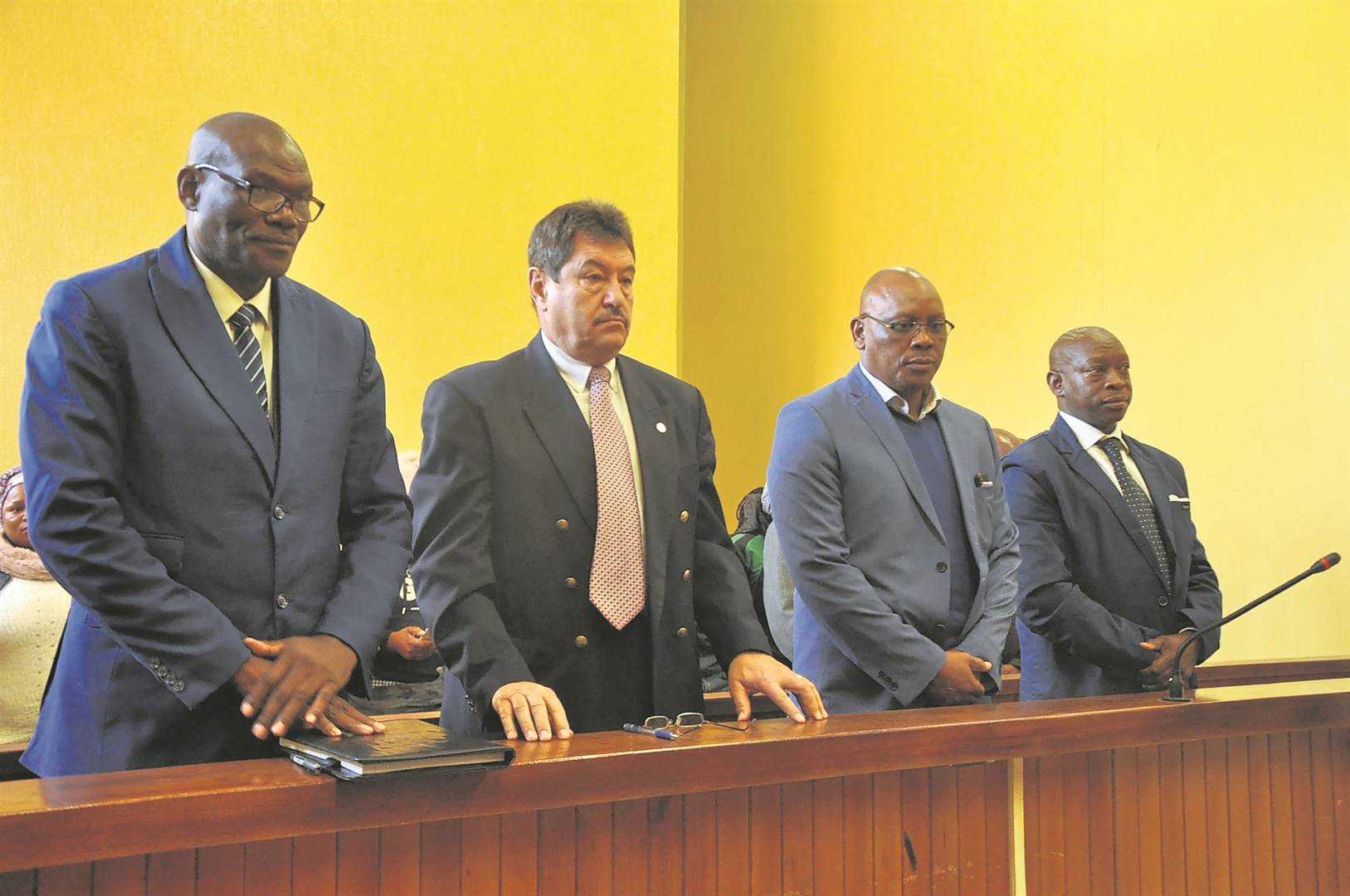 THE trial of Major-General William Mpembe and three other senior cops could not continue yesterday.

This is because Mpembe, the former deputy police commissioner in the North West, has tested positive for Covid-19.

The state and defence team were expected to make closing arguments before judgment. The four police officers are charged with defeating and obstructing the ends of justice by allegedly concealing information about the death of Modisaotsile Sagalala, who died in a police vehicle when striking miners participated in a wage strike in August 2012 at Marikana.

It is alleged that Sagalala, who had a gunshot wound in the chest and was handcuffed, died following his arrest with other miners. His body was subsequently found at the temporary detention centre that was set up by police in the Lonmin mines premises when miners were offloaded to be processed.

Sagalala is said to have been certified dead by paramedics. However, police allegedly passed off the body as if he had died in hospital.

It was discovered that Mpembe and three other senior police officers failed to report this matter to the Independent Police Investigative Directorate and they misrepresented facts at the Farlam Commission, which was set up to establish the truth surrounding the deaths of miners during the strike.

The trial is expected to continue on Thursday, 14 January.

Mpembe will connect via video conferencing as he’s in quarantine.