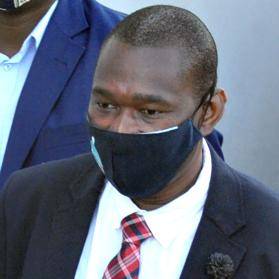 THE EFF has opened a case of fraud against eThekwini chief whip Sibongiseni Mkhize.

The party has accused him of deliberately inflating the number of shacks destroyed in his ward from seven to 17, and using taxpayers’ money for more building materials than necessary.

“If there was any miscalculation of the shacks or affected families, I’m not responsible, so the EFF is barking up the wrong tree,”

The shacks were destroyed in a fire in Clermont kasi, west of Durban, in June. Mkhize is the area’s councillor.

EFF regional chairman Mlebuka Hlengwa told Daily Sun local leaders visited the area a day after the fire and suspected something was wrong when they only met seven families.

“We realised something was amiss and started an investigation which showed seven families were affected and not 17, as the councillor tabled in his report,” he said.

Hlengwa said the EFF found the extra building materials at the homes of ANC members who were not affected by the fire.

He said Mkhize didn’t only mislead the council, but also the media when he released a statement.

When the SunTeam approached Mkhize, he didn’t deny anything, but accused the EFF of cheap politics.

He said the damage assessment was done by housing officials and a disaster management team, who gave him a report to take to the council.

“If there was any miscalculation of the shacks or affected families, I’m not responsible, so the EFF is barking up the wrong tree,” he said.