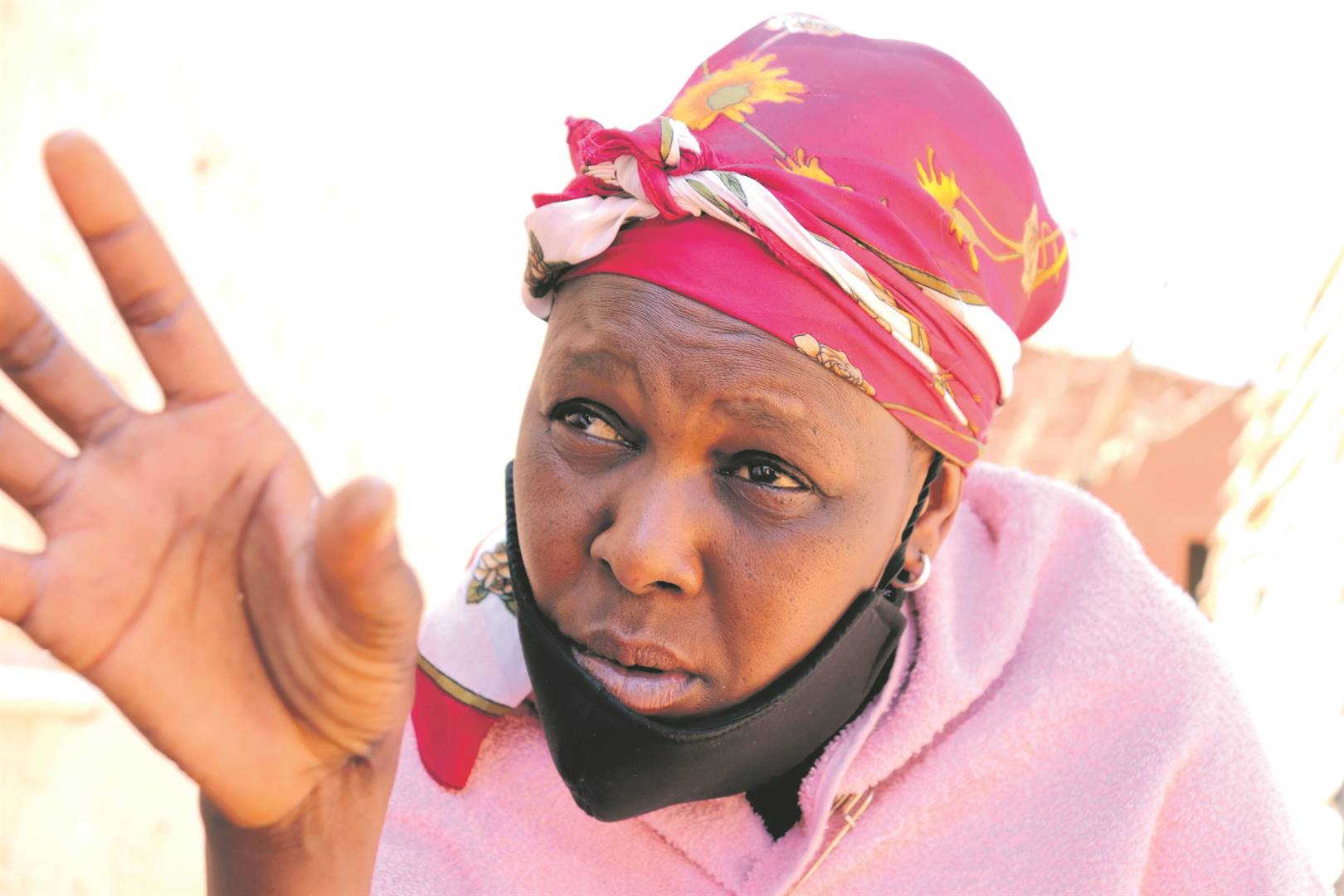 Thandi Mokoena talking about how her daughter Vuyelwa (right) was found dead, a month after she went missing. Photo by Sifiso Jimta.

VUYELWA Mokoena went missing on 10 August when she went to buy snacks.

A manhunt was launched for the 13-year-old, but she was not found.

So her mum Thandi Mokoena consulted a sangoma, who told her Vuyelwa was not far from home.

On Friday 10 September, resident Palesa Moeletsi was preparing for a traditional ceremony at her home.

She needed something to stop the wind from putting out her fire, so she removed a corrugated iron sheet covering the manhole in her yard. To her surprise, Palesa discovered Vuyelwa’s naked body in the manhole.

“When I couldn’t find her, I opened a missing person’s case. I even went as far as consulting a sangoma, that’s how desperately I wanted to find my missing child,” she said.

She said she was scared when residents informed her a child was found near their home.

“My relatives checked the manhole and confirmed it was her. I finally regained the strength to look and saw her little half naked body, folded and shoved in the manhole. I am torn apart. Why would someone do this to my little daughter? Vuyelwa was still a baby. She used to play with little children, that’s how innocent she was. I want the person who did this to my child locked away,” she said. “We hardly go near that manhole. I am very hurt, this is sad. We don’t know where the murder may have happened and we have a lot of questions,” she said.

Neighbour John Radebe said he has never seen such a thing in his life.

“I haven’t eaten since I saw that child in the manhole,” he said.

A man who lives in the yard where Vuyelwa was found was arrested. Following his arrest, residents went on a rampage.

Resident Nandi Ndleleni said: “What happened to this girl is very sad.”

“Investigations are underway and no suspect has been arrested as yet for the murder,” she said.

She said the man in the yard was arrested for being in the country illegally.