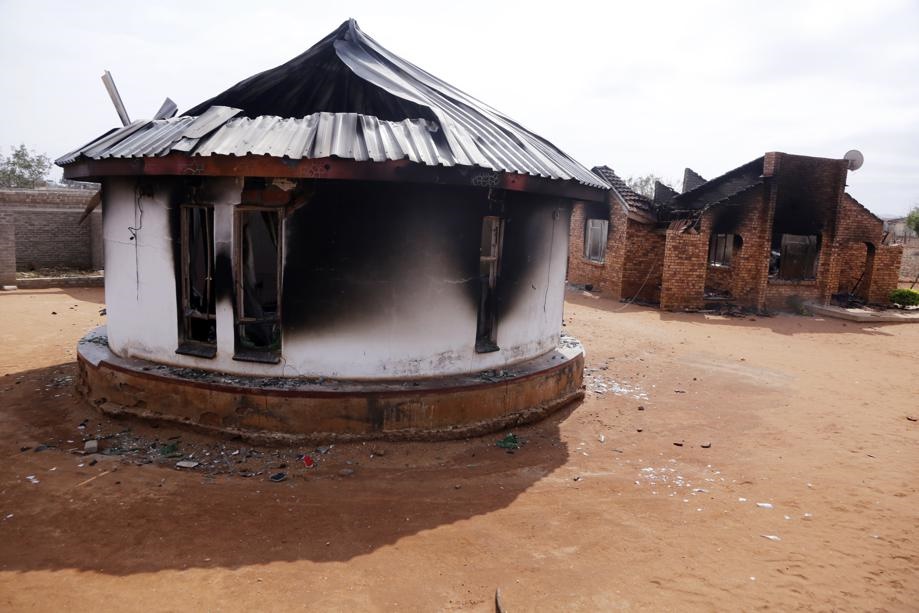 On Monday residents burnt the house belonging to a man suspected of killing Mbazima Makhubele. Photo by Joshua Sebola.

AFTER news broke that Mbazima Makhubele’s 4-5 was missing, three houses were burnt down.

The 49-year-old was allegedly killed in a hit and run in Blinkwater, outside Giyani in Limpopo, last Saturday but his family suspected foul play.

On Monday Daily Sun published an article about how the family saw his 4-5 was missing when they viewed his body at a local mortuary.

Residents said they believed he was a victim of a ritual murder and went on the rampage on Monday night.

A community member said they burnt down the house of a person seen talking to Mbazima hours before his death.

“The man moved his family away on Saturday night after learning Mbazima had not been buried,” said the resident.

The other two houses belonged to people residents claimed warned the man that his house would be burnt.

“Every year since 2014, a person is killed on 3 August and their body parts are removed but the police are not doing anything.”

Community spokesman Mbazima Mtileni said they wanted the Giyani Police Station and not the Hlanganani cops to investigate.

He said residents believed cops in the village were corrupt.

Limpopo police spokesman Colonel Moatshe Ngoepe said if residents were unhappy with their police station, they could complain to the cluster commander.

“However, cases will only be processed in terms of specific jurisdictions, so their reporting station will not be moved,” Ngoepe said.