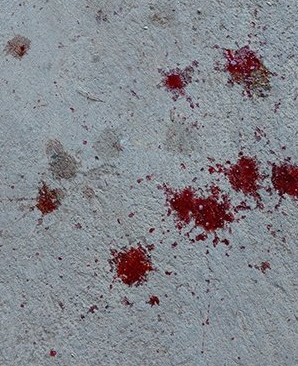 A 45-year-old Kagiso man has been arrested for allegedly killing his lover.

Police said they received a complaint of domestic violence in an area outside Tshepisong, Johannesburg on Thursday.

"Upon arrival at the scene, they found a neighbour in the yard who mentioned that he had heard the suspect’s girlfriend screaming," said police spokesperson Captain Solomon Sibiya on Friday.

The neighbour told the police that he had seen the suspect leaving the shack and going into the main house with his clothes covered in blood.

"Our members went into the shack, where they found the deceased’s body in a pool of blood under the bed. She sustained an open wound to the hand, as well as to the face," added Sibiya.

Sibiya said that the neighbour then led the police to the main house, where they found the suspect sitting on top of a bed with the alleged murder weapon next to him.

"He voluntarily confessed to killing his girlfriend and mentioned that he had consumed a poisonous substance," said Sibiya.

The suspect was detained at the Kagiso SAPS, and rushed to a hospital under police guard.

"A case of murder was opened. The motive for the killing is under police investigation," concluded Sibiya.