Julius Malema and his team go to the chopper after their meeting with Jacob Zuma. Photo by Jabulani Langa. Credit: Daily Sun

The colour of tea early in the morning. pic.twitter.com/itmpy4KSCJ

[In Pictures]: The CIC @Julius_S_Malema at the Former President of South Africa, Jacob Zuma’s Homestead in Nkandla, having TEA. pic.twitter.com/1JzFNz2lIw

Their close meeting with Zuma took more than four hours while both Malema and Zuma didn’t address the media about what they were talking about.

Malema surprised many when he asked Zuma to have an urgent tea meeting on Twitter on Wednesday. On the post Malema stated that it was in the best interest of the country.

That was after former president Zuma announced that he will not attend the Zondo Commission after the Constitutional Court ruled that he has to attend and answer all the questions.

EFF spokesman Vuyani Pambo told Daily Sun that their tea meeting with Zuma was nice and hot. “We will not tell you about what we’re talking about because we didn’t invite the media. What I can say is that our meeting went well,” he said.

[WATCH] “The tea meeting was about the tea" - EFF Spokesperson Vuyani Pambo briefs the media outside former president Jacob Zuma’s homestead in Nkandla. When Pambo was asked whether Malema did apologise to Zuma about his attacks over the past years, he refuse to answer the questions.

The meeting has left people with many different views as others are claiming that Malema was in the meeting to ask Zuma to go and testify at the Zondo Commission.

Malema and Zuma were friends when Malema was still the president of the ANC Youth League. That changed when Malema left the ANC and formed the EFF. 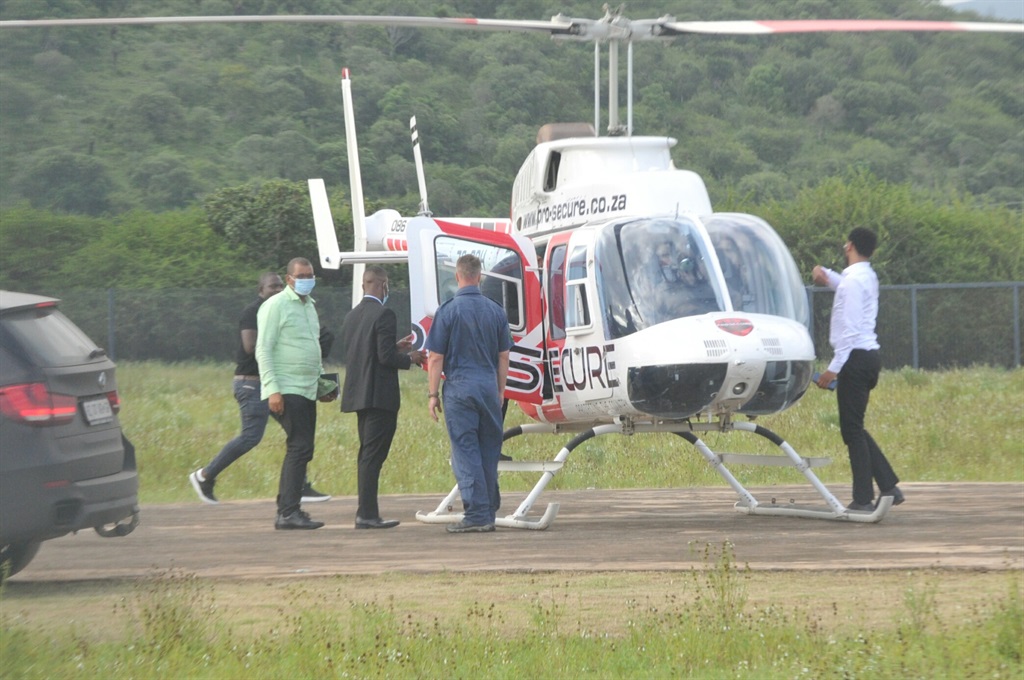 Julius Malema and his team go to the chopper after their meeting with Jacob Zuma. Photo by Jabulani Langa
Daily Sun