LET US SELL SWEETS OR PUNANI! 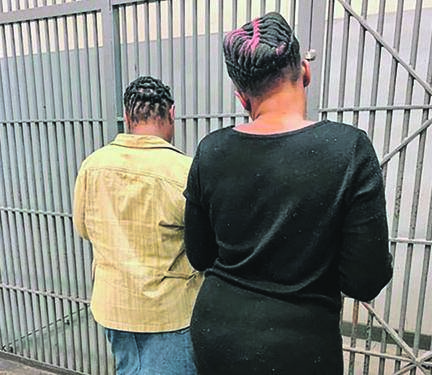 COPS told them to stop selling sweets to kids.

But the magoshas got angry and apparently moered the Joburg Metro cops.

“Even when we sell spinach, they’ll still say it’s illegal."

The magoshas, who were found selling sweets outside a school in Doornfontein on Wednesday, claimed cops wanted them to starve to death. They told Daily Sun they were just trying to make an honest living.

Candice Mathole (42) said she believed cops would follow them, even if they sold nappies.

“They don’t want us to sell our punanis and now they have a problem when we sell sweets.

“I have seven kids back home. I’m here to work for them. But it seems every door is being shut,” she said.

Mandisa Mthethwa (39) said they were not magoshas by choice.

“We came to Joburg looking for work. At the end of the day, we’re trying to make a living. I don’t understand what cops have to do with my body. What’s wrong with us selling sweets outside the school?”

Nkululeko Nkuna (31) said he’d been a street vendor for a year and saw how police got in the way of them making money.

“Even when we sell spinach, they’ll still say it’s illegal. It seems they forget that some people are parents and want to better their lives.”

“The pair were charged with crimen injuria, assaulting an officer and contravention of street trading by-laws,” said Minnaar.