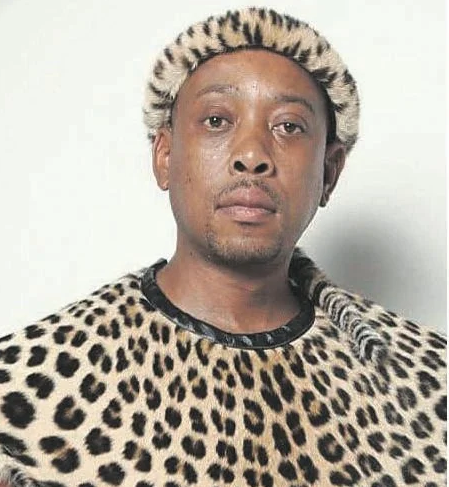 THE eldest son of King Goodwill Zwelithini, Lethukuthula Zulu, was allegedly poisoned after a night on the town with four women and his flat mate turned deadly.

Explosive details in the statement also reveal police found two used condoms and signs of fighting at the scene.

“His bedroom wardrobe was ransacked. There were two used condoms on the floor. In the sitting room was a lot of broken bottles of alcohol and a few bottles of liquor,” reads part of the statement.

Lethukuthula (50) was found dead in his flat in Graceland Complex in Northwold two weeks ago on Friday, 6 November.

Speaking to Daily Sun on condition of anonymity, the prince’s flat mate, who witnessed his final moments, revealed details of their night out on Thursday, 5 November before tragedy struck.

He suspects the four women were involved in the prince’s murder.

“The prince seemed to have been taken by one lady. At first I did not see anything wrong when a suggestion was made that we should go back to our flat to continue having fun there.”

But the flat mate said he had a premonition something bad would happen and tried to tell Lethukuthula that they should go back home without the girls.

As they were about to leave after settling the bill for the two ladies, he said one of the two women suggested they all go together and to also give two more women a lift. The party of six proceeded to their flat.

“When we got to the flat, I started feeling drowsy. I just remember trying to go into my room, but it seems I somehow passed out. This hardly ever happens to me when I drink. Everything that happened after that, the bottles breaking, and the house being turned upside down, was all an anomaly. When I woke up, he was unresponsive, and he could not wake up,” recalled the flat mate, crying.

Several sources within the complex told Daily Sun they heard a loud commotion inside the flat after midnight.

“I heard female voices shouting around 1am and then I heard glasses being broken,” said one source.

Another source confirmed hearing the same.

Referring to him as Bayede, the friend said he blamed himself for letting the prince down as he always protected him.

“For the first time it happened ukuthi ngilale (that I slept) and something like this happened. I always looked out for him. When I woke up I found that my gate key was missing. They took the gate keys.”

He added that close to R80 000 was stolen and all their cellphones and laptops were taken.

Complex sources told Daily Sun that the flat mate was found passed out when the prince was discovered and was woken up by security personnel and concerned neighbours.

There was no trace of the four women.

The prince was buried on 12 November at Emahhashini Cemetery in Nongoma and is survived by three children, his parents and four sisters.

When asked to confirm the police statement that a poison plot was investigated, Peters told Daily Sun that the prince’s “toxicology report is still outstanding, and this is known to take long. Therefore, we cannot be drawn into speculative commentary pending finalisation of the toxicology report. The investigation is still underway and there haven’t been any arrests yet,” she said.

The Royal House’s Prince Mbonisi Zulu said the family was still in the dark as the matter was still being investigated by police.

“The police will know who to report to about any progress and this will be communicated according to the royal house protocol.”

Asked whether the flat mate briefed the royal family about the prince’s last moments, Zulu said he did not know what the friend would have said about the tragedy.

“From my side we are still waiting for the police to brief us.”