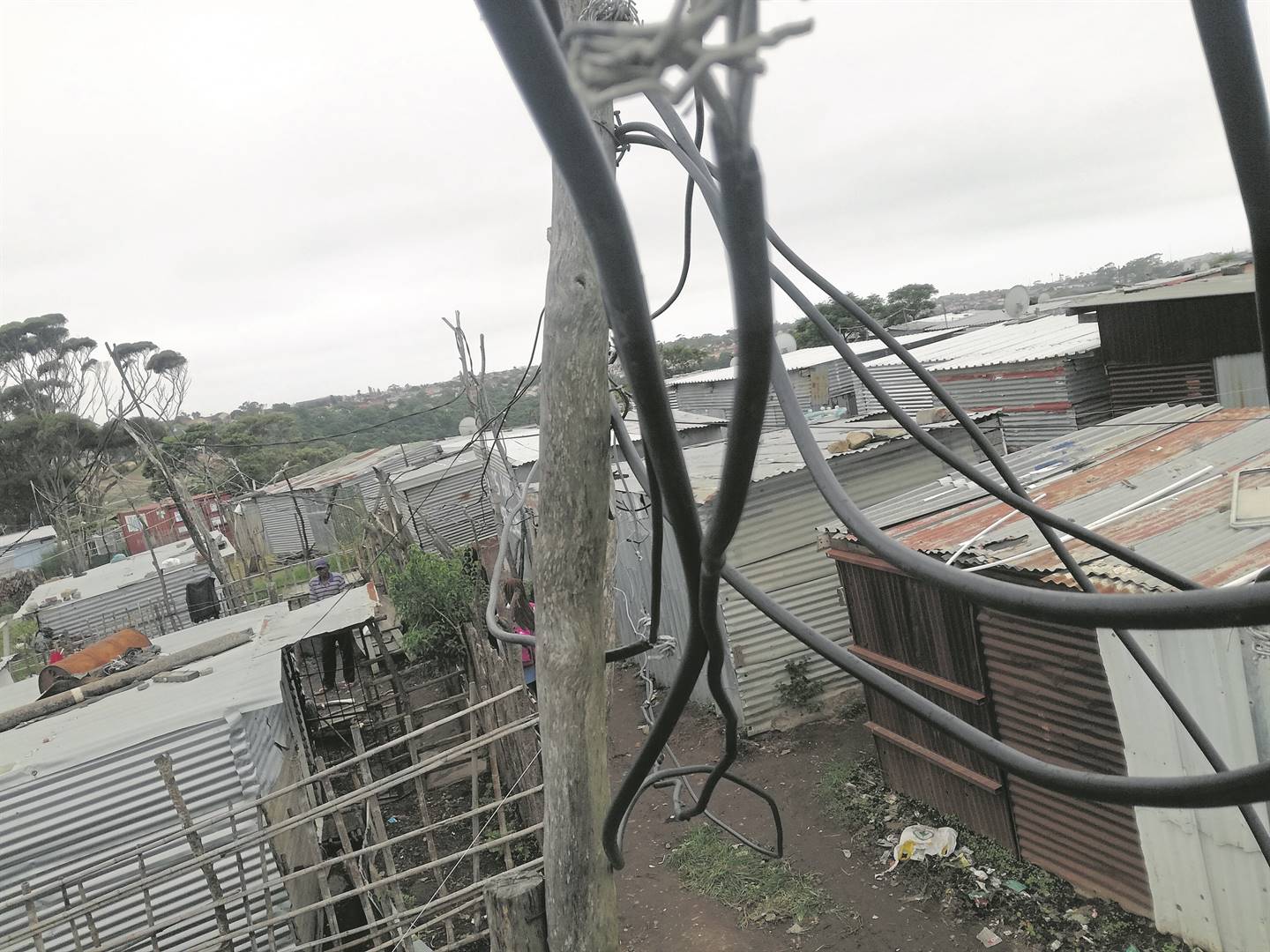 To stop people from electrifying their shacks illegally, the Buffalo City Metro often removes the unsafe wiring, but as soon as webs are removed, the residents simply replace it. Photo by Sandiso Phaliso .

These so-called electricians do their dangerous work under cover of darkness and they are decently paid, while the metro loses millions due to electricity theft.

Spending time in Nkandla, Duncan Village and Gompo squatter camps, the SunTeam found that in the 154 official squatter camps in the metro, the spiderwebs of deadly live wires above the alleyways and side streets are common.

Adults and kids who live in those squatters are at great risk of being electrocuted, and the illegal connections could also spark fires.

The People’s Paper spoke to a woman who admitted to selling illegal electricity.

She said she used the money from connecting homes to run her household and pay for her children’s school fees.

“It’s not about making money, but about helping people to have electricity. The money is for doing this dangerous work. Not everyone is willing to climb up the ladder and stand among those live wires,” she said.

Nomahlubi Bangingca, whose house is illegally electrified, said she had no choice but to use the syndicates.

“The city often removes unsafe wiring but as soon as webs are removed residents simply replace them,” he said.

A resident, who is against the illegal connections and lives in a brick house, said: “There are people I know who were electrocuted. One of them a young child. People deserve proper housing and services.”