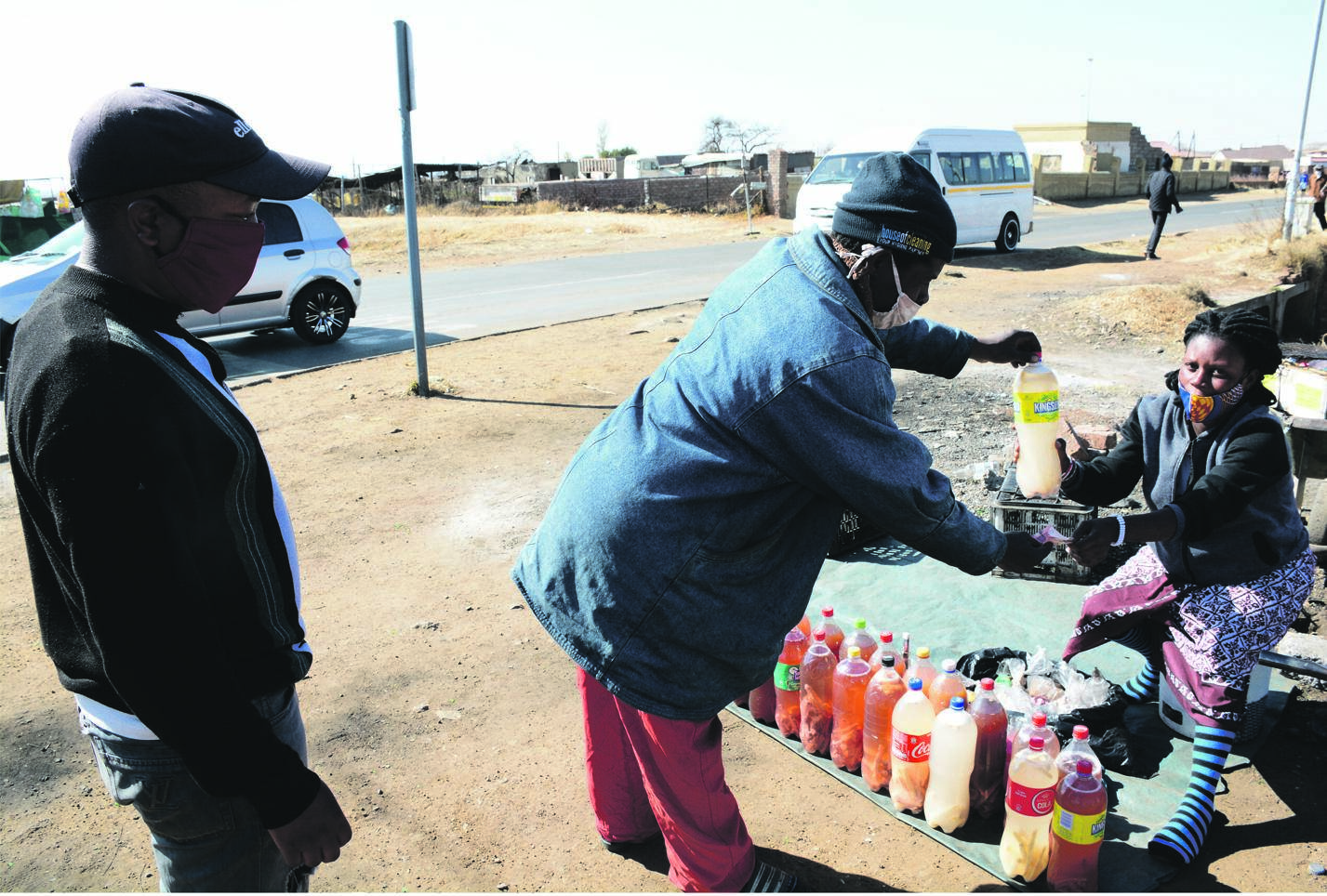 BEFORE lockdown, Thokoza sold one bucket of imbiza a day.

Now she sells at least three buckets a day.

She said she sold it in two litre bottles for R100 each.

It was in the morning when Thokoza showed the SunTeam a number of imbiza bottles in front of her.

“You’ll see. By the end of the day, at least half of the bottles will be sold,” she said.

DIVORCE ON THE RISE DURING LOCKDOWN!

Musa Nxumalo (45), one of the men in the queue waiting to buy imbiza, said he used to go to work early and come back home late and only poke for a short time.

“But now that I stay home, we poke every day and for a long time.

Johannes Msombuluka (39) said: “Watching TV all day can be boring and we end up poking more. Imbiza helps me to keep up with my overtime duties in the bedroom.”

Another imbiza seller, Mthunzi Mazibuko from Mzimhlophe in Soweto, said she has to keep up with the high demand.

“Men come from everywhere demanding my strong imbiza. They say they have to keep their wives happy,” she said.

“Imbiza will also clean your system. You will feel like a young man.”

Lindiwe Nxumalo (40) told Daily Sun her husband, Musa, is a giant in bed when he drinks imbiza.

“We can go all night without him complaining,” she said.

Thokoza, who’s originally from Giyane in Limpopo, gets her herbs from Mozambique and Swaziland.

“When I go there I dig as much herbs as I can, but my stock is running very low,” she said.

She refused to reveal her secret to making the strong imbiza that is liked by men in the area.