'I NEED HELP BEFORE THESE BOOBS KILL ME' 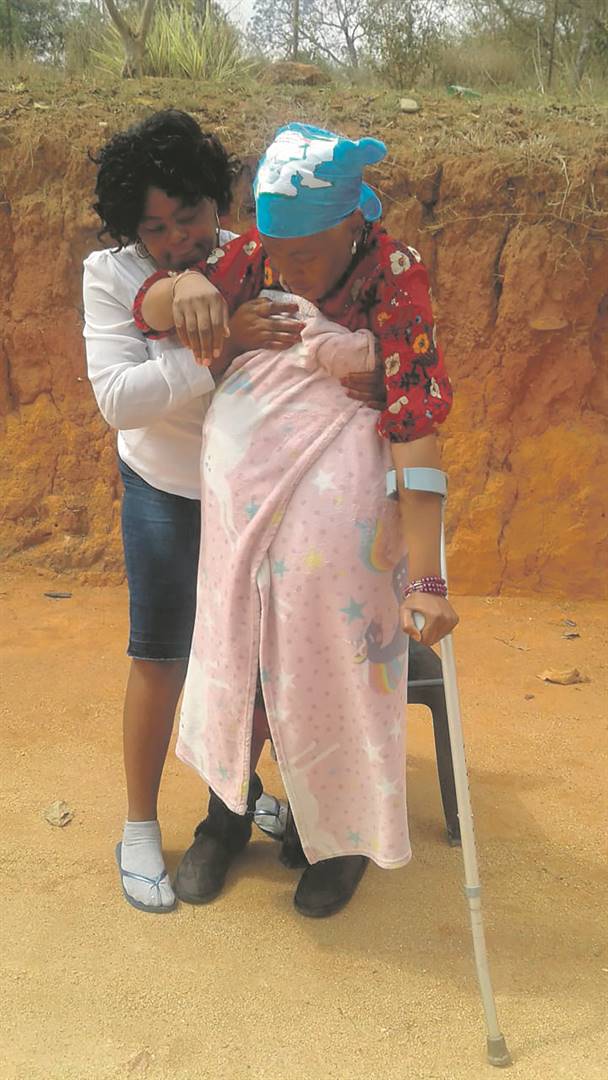 FIVE years ago, Edith Mmola had boobs that suited her body.

But then she had a stroke, which made everyday life hell.

Her boobs started growing until they were so big she couldn’t care for herself!

The 46-year-old from Shangaan Hill, outside Bushbuckridge in Mpumalanga, told Daily Sun she desperately needed medical help to get her life back.

“My bra size was 42D, but now I have what feels like over 50kg on my chest! It’s hard to even walk, let alone go to the toilet,” she said.

Edith told the SunTeam if she didn’t have her mum helping her, she’d probably be bedridden by now. She couldn’t walk or stand for long unless she had a walking stick to support her body.

Edith said her boobs had been growing since 2014, and she repeatedly tried to get help. She said after she had the stroke, she had to leave the nursing course she was doing.

“I can’t sleep. These heavy boobs are painful and affect my spine,” she said.

“I’ve been in and out of nearby Mapulaneng Hospital, and doctors referred me to Rob Ferreira Hospital in Mbombela.

“They did X-ray scans and took samples to check for cancer, but the results came back negative.”

Edith said she was referred to Steve Biko Academic Hospital in July, but her name was just put on a waiting list.

“I need help before these boobs kill me. I can’t take it any more and I feel like I might not make it,” she said.

Edith’s worried mum Agelbirth Likhuleni (61) said the family had spent a lot of money trying to get help for her daughter.

Health spokesman Dumisani Malamule said Rob Ferreira Hospital would rebook her to see a surgeon. The department had no say over booking dates.