GUARDS IN SHOOTOUT WITH THUGS! 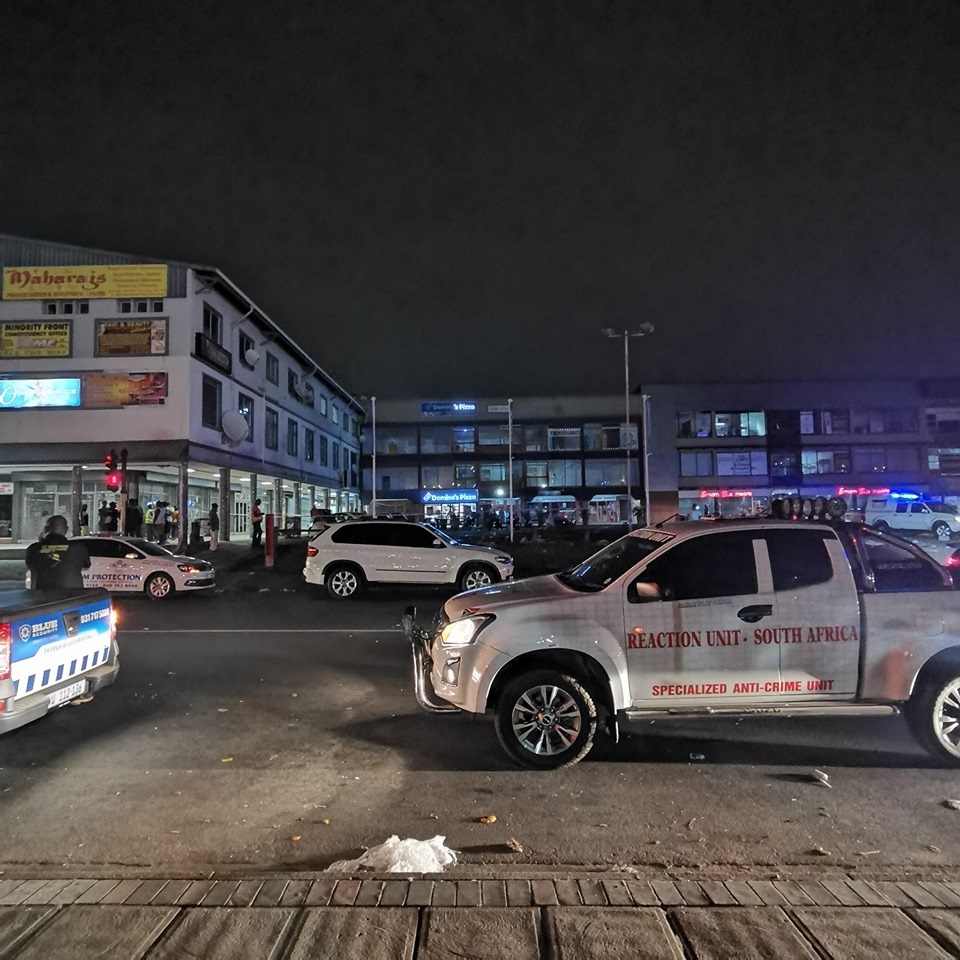 AN Reaction Unit South Africa officer who was on patrol got the surprise of his life.

The officer was on patrol in the Gem City Complex when he was informed of an armed robbery in progress at a Tattersalls in Phoenix KwaZulu Natal.

“The Reaction Officer immediately called for back-up units and approached the entrance of the business.

The suspects opened rapid fire on him. One suspect positioned himself in the parking lot and began firing rapidly with a high calibre rifle resulting in shoppers fleeing for cover,” RUSA Spokesperson Prem Balram said.

Balram said the Reaction Officer returned fire when the gunmen got into a black Mercedes Benz and sped off.

According to Balram, back-up guards joined the other officer on the scene and conducted an extensive search for the robbers.

However, the thugs managed to escape and are still at large.

Balram said it is believed that the suspects belong to a gang that that have targeted several businesses in the Tattersalls area.