Gogo Skhotheni is left devatasted after white men accused her of witchcraft and stopped her from ukuphahla. Photo from InstagramPhoto by .

SANGOMA gogo Skhotheni was left traumatised and confused after abelungu stopped her from ukuphahla and accused her of performing evil deeds.

Gogo Patricia Motsoeneng Shange, affectionately known as gogo Skhotheni, told Daily Sun she cries every time when she thinks about the incident.

Skhotheni said she went to phahla wearing her sangoma clothes at about 5am on Sunday in Trichardt, Secunda as she did from time to time.

She said it helps her with her spirituality and helps the people who consult with her to heal.

She said men arrived in a bakkie, flashing lights and told her to stop.

“They then forcibly told me to take off my beads, saying they symbolised demons,” she said.

They told her to leave the river as it belonged to their uncle.

“I stand for my rights and my husband wanted to fight back, but he couldn’t as performing ancestral work requires silence,” said Skhotheni.

She said the men even started praying and she couldn’t carry on with her work.

“This incident traumatised me. I’ve been having terrible headaches since Sunday.

She shared her frustration of social media and people want to see these men pay for what they did. 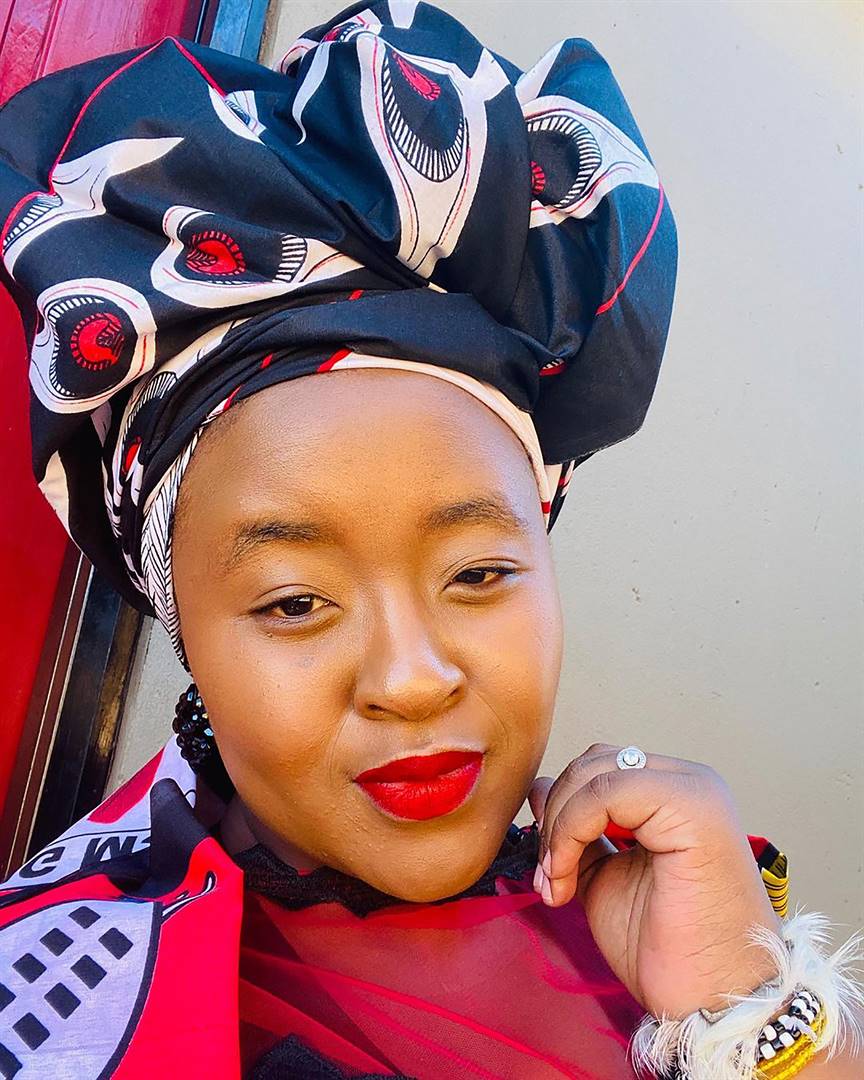 Gogo Skhotheni was not in the least impressed when praying men prevented her from ukuphahla. Photo from InstagramPhoto by

“I can’t believe we still live among people who look at African rituals as evil activities. I’m just disgusted by these men,” said Lindokuhle Buthelezi.

Sangoma Suzan Sibiya said she had the same problem a few months ago in Mpumalanga.

She said she was alone and was about to phahla when three abelungu told her that she couldn’t practise her evil work in their area.

“I didn’t want to argue with them because I was alone with no one to back me up,” said Suzan.

Daily Sun tried to contact the scrapyard company, indicated on the vehicle, but as soon as the reporter introduced herself, they hung up.

The paper even sent them an email and a message on WhatsApp, which they read but didn’t respond.

Trichardt police spokeswoman Mahlatsi Koma has confirmed that a case of crimen injuria has been opened and no arrests have been made yet.