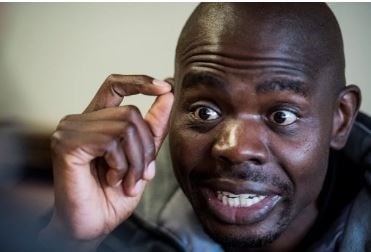 Newly elected DA chairperson of the provincial legislatures network, Makashule Gana, has joined the battle to replace Mmusi Maimane as interim leader, with elections set to take place next month.

Gana is the second prominent leader to avail himself for the position, following the announcement by new parliamentary leader John Steenhuisen that he was making himself available for the position after being lobbied by some in the party.

The party fell into a state of disarray following the dual resignations of Trollip and Maimane, which it is still attempting to manage.

Gana, who told News24 that his candidacy was a personal decision, unsuccessfully tried to become the party's Gauteng premier candidate during the 2019 elections, but was beaten by now former mayor of Tshwane Solly Msimanga, who also failed to unseat the ANC in the province.

"With everything that has happened in the last few months, I believe that we need to look forward and build a DA that will truly focus its energies on social and economic justice to build an inclusive South Africa for all. I am ready to roll up my sleeves and fix whatever is broken, rebuild trust with all South Africans. South Africa needs a strong DA that truly represents all the people of South Africa."

He has also previously led the DA's youth wing and was a member of the National Assembly. He is currently a member of the Gauteng legislature, where he is part of numerous portfolio committees, including privileges and ethics, economic development and health.

The party will hold an early congress following the recommendations of the review panel report that Maimane must step down.