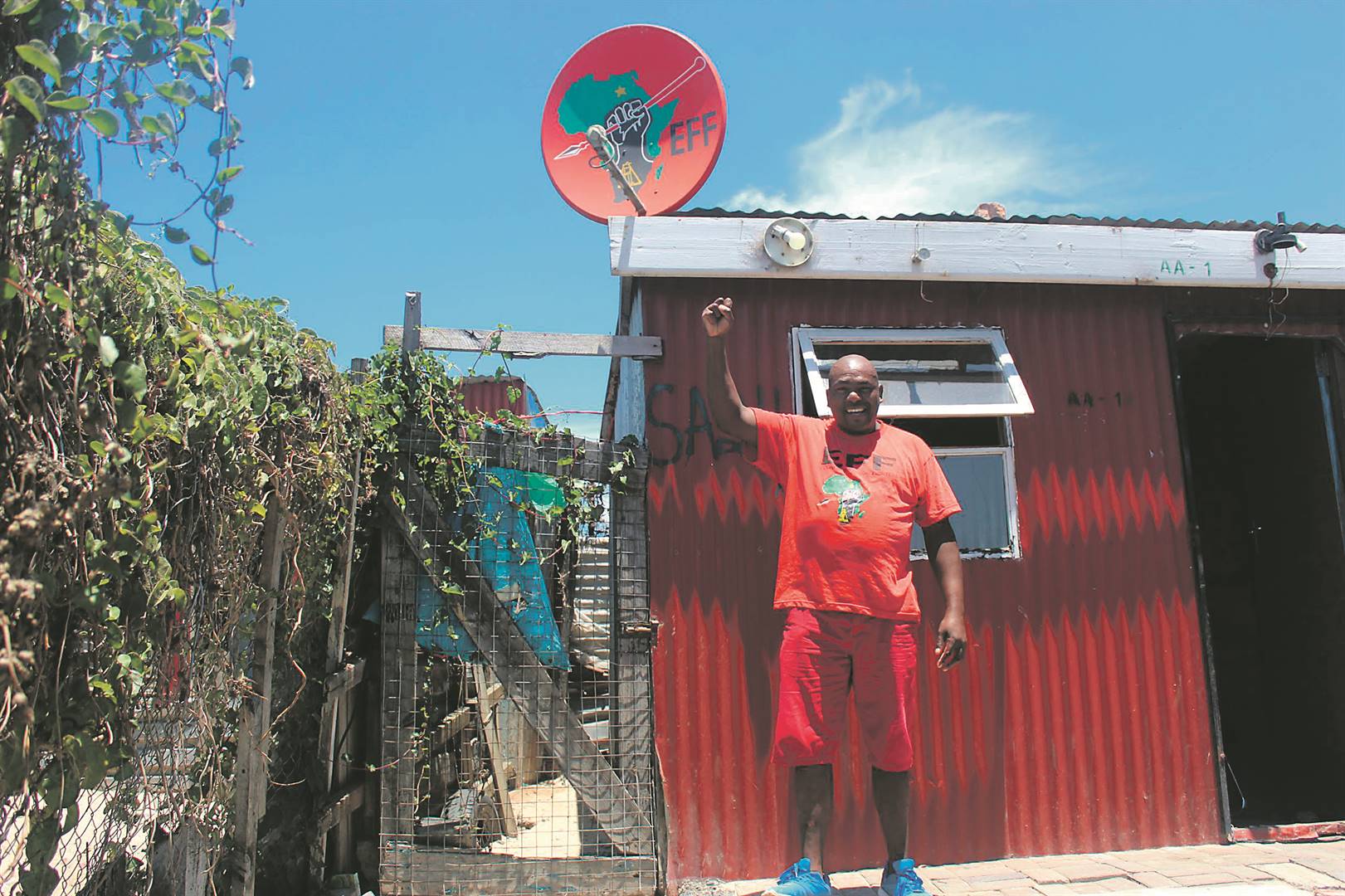 Rooi Nobatana branded his satellite dish in the EFF colours and logo. Photo by Lulekwa Mbadamane.

When the community leader bought a satellite dish a few years ago, he painted it red and placed the EFF logo on it.

“I don’t want people to get lost, so my dish works as a sign,” he said. Rooi was ANC until the party fired then Youth League president, Julius Malema.

The EFF branch chairman in Isiqalo said he follows Malema because he makes sense. “The decision to leave the ANC with him was easy,” he said.

Resident Nomalungelo Mboniswa (34) said people go to the EFF when they have problems, and Rooi’s place is easy to find.

She said he’s a well-known leader ekasi, and they’re happy he made himself visible by putting up a red satellite dish.

“When you direct people to his house, you just tell them to look for the red dish along the main road.”

Rooi said his party has so far managed to ensure that people get land to build their shacks.

“This is the starting point for our people to have decent housing. We can’t stay in these shacks forever.”