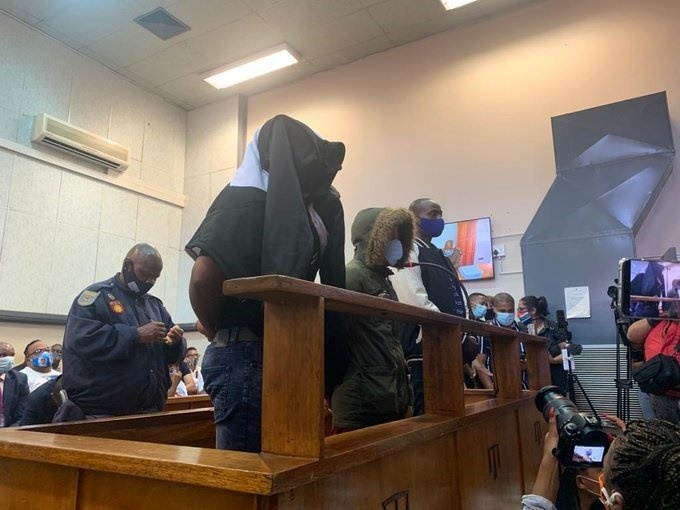 THREE cops implicated in the killing of Nateniel Julies have been denied bail.

Magistrate David Mhango said the accused failed to prove beyond reasonable doubt that they should be granted bail.

Mhango said the 16-year-old wasn’t armed and posed no danger: all he did was to wave and greet the cops.

In their affisdavits in support of their bail application, Ndyalvane and Netshiongolo argued the state didn’t have a strong case against them as they didn’t pull the trigger. Whiteboy, now known to have shot Nateniel, indicated she was scared she’d contract the coronavirus if kept in custody.

They said they’d not interfere with investigations and won’t intimidate state witnesses.

Mhango said Ndyalvane showed acts of desperation by sending threatening messages to Whiteboy and instructing Netshiongolo to plant wrong ammunitions at the crime scene so it appeared there was a shoot-out between cops and an unknown person, as well as covering Nateniel’s blood with soil.

“So there was an agreement that applicant number three should tamper with the scene and cover the blood of the deceased with soil.

“All these actions demonstrated an act of desperation on his part to cover his tracks. If the state’s case is very weak against applicant number one, there was absolutely no basis for him to promise to pay the legal fees for applicant number two.

Their case was remanded to November 6 for further investigations.

Nateniel, who had Down’s Syndrome, was shot and killed last month.

His mum Bridget Harris was relieved the cops were denied bail.