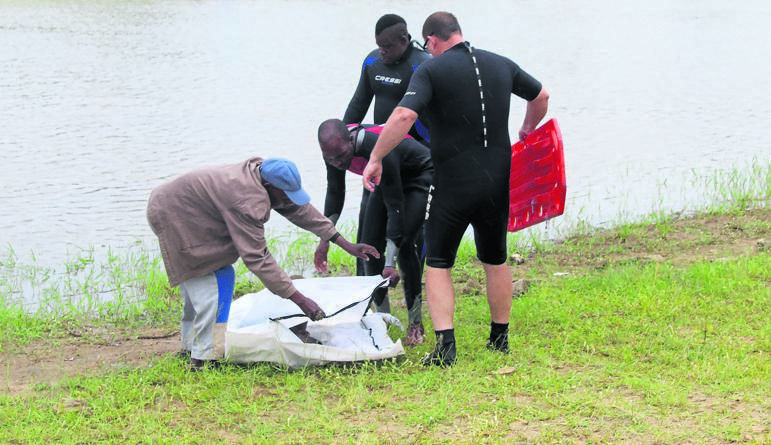 THE family of a 16-year-old boy who drowned in a dam on Friday is trying to come to terms with his death.

Chester Nyathi from Hluvukani, outside Thulamahashe in Mpumalanga, was last seen on his way to school.

Allegedly, he and his friends, later decided to go for a swim in the nearby dam.

But he allegedly disappeared into the water.

His friends rushed home to tell his family about what had happened.

They claimed Chester had been pulled down into the water by an unseen creature.

Chester’s body was only recovered by police divers on Saturday afternoon.

He said he was shocked to hear Chester had disappeared into the water while playing with friends.

“We last saw him going to school on Friday.

“Late in the afternoon his friends came back running, his clothes in their hands, to tell us he’d disappeared into the water,” the madala said.

“Villagers searched for him without success.

“On Saturday we consulted a traditional healer, who gave us hope that although Chester was already dead, his body was in the dam.”

Passy was glad Chester’s remains had been found.

“We thank the community for supporting us throughout this ordeal,” he told the People’s Paper.