BICYCLES FOR SCHOOL NOT ERRANDS – MEC 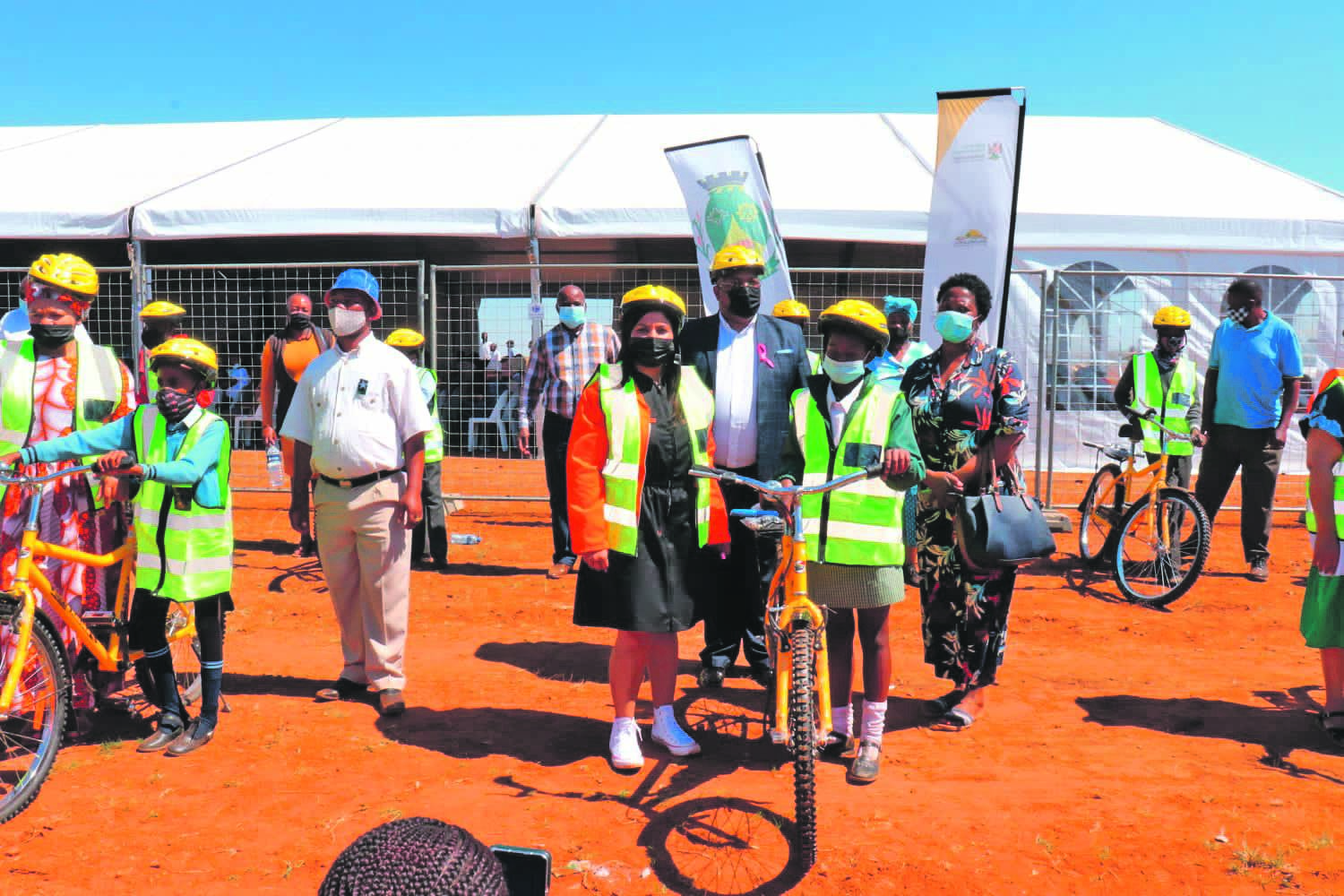 They will now cycle to school.

This after Mpumalanga Public Works, Roads and Transport MEC Mohita Latchminarain recently donated 467 bicycles to 21 schools in the Nkangala District.

Latchminarain said the children who benefitted from the Shovakalula Bicycle Project are those who did not qualify to get scholar transport.

She said the donation would make education accessible to everyone.

She said the bicycles were not for adults to run their errands, but for children to go to school.

Latchminarain said: “This project has been initiated as part of the Mpumalanga rural transport strategy to cater for pupils who live more than 3 kilometre from school, but do not qualify for scholar transport. In the 27 years of democracy, government has worked very hard to improve the standard of education in the country.

“The past has come and gone and a better life for all is what needs to be achieved for everyone. Pupils must arrive at school on time and late coming should be a thing of the past.”

“Education is the future of our children and the country. This gesture by our government will help our kids arrive at school on time. Late coming is rife and an easy ride to school will also encourage them to love education,” she said.

Donald Mtsweni (16) and Lucilla Mahlangu (17) said the bicycles would come in handy as they travelled a long distance to school.

“We will no longer arrive late at school. The bicycles came at the right time and we will take good care of them. They hold the key to our future,” said Donald.