MY SON ATE MY GRANDKID! 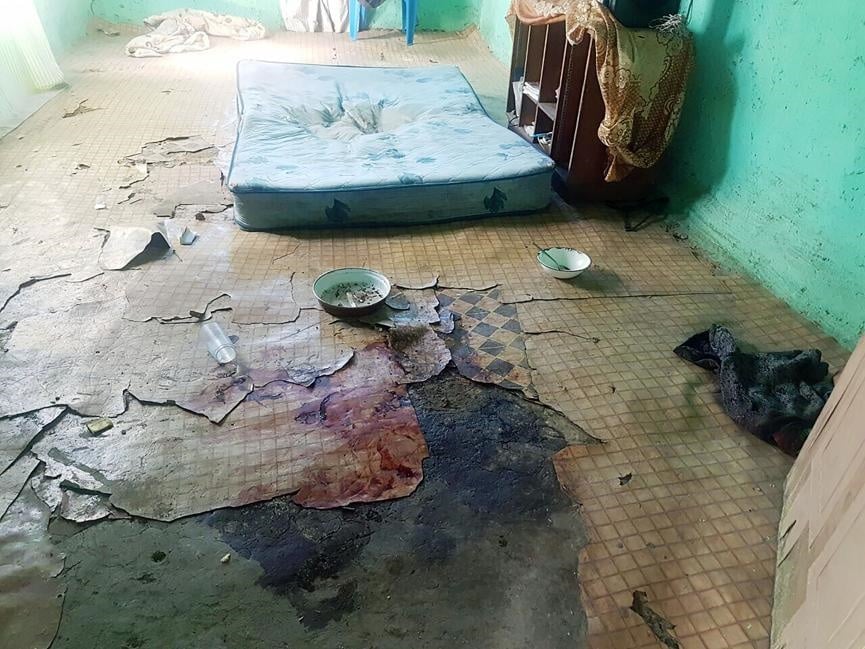 SHOCKING SCENE: The room where a four-year old boy was allegedly chopped into pieces. Photo by Yanga Soji.

THE SIGHT of the room full of blood made the gogo wonder if somebody had slaughtered a pig.

But soon she would make a far more horrifying discovery.

HER SEARCH REVEALED THE HAND OF A SMALL CHILD ON A PLATE.

Then the gogo realised the hand probably belonged to her grandson, who had gone missing on Monday!

She knew four-year-old Kamvelihle Ngala had been playing and would be hungry when he got home.

But he never came home.

That night, the gogo, still wide awake and worrying about the child, went down to the river, dreading that the boy may have drowned. But she found nothing.

She went home and spent a sleepless night, but at about 4am the gogo’s sister called, saying she also couldn’t sleep.

“Please go and check on my son,” her sister asked.

“He has been used by Satan with his drugs. I do not fully trust him,” said her sister.

Gogo Nontuthuzelo went to her 30-year-old nephew’s flat, near her own house. When she knocked, the man opened the door only a little – but the gogo pushed into the room.

She found the room so bloody that she thought a pig may have been slaughtered.

Then she found the hand.

A neighbour told the SunTeam the gogo’s piercing screams made them run to the house.

“Some of the men went into the flat.

“The women were scared because she was screaming that he had killed Kamva.”

The witness who went into the house of horror told the SunTeam they believed the boy’s heart and other parts had been eaten.

She said she heard his ribs were on one side, his head had been split open and even his brain had been eaten.

“There was even salt next to the basin,” said the woman.

“The men came out of the flat stunned and crying because of what they had seen.”

She said the police who went inside said they had never seen anything like it.

“This young man came back from Joburg last year and we heard that he did drugs. He was still using whoonga even here. He always kept to himself and didn’t often come out of the flat.”

Village elder Mte Saleni (75) said what they saw in the flat would haunt them forever.

“These drugs are such a problem. The kids are fine when they are sober but once they are on drugs they are uncontrollable,” he said.

Cop spokeswoman Captain Nozuko Handile confirmed that a wash basin and pieces of a human body were found.

“The suspect was charged with murder and will appear in court today.”