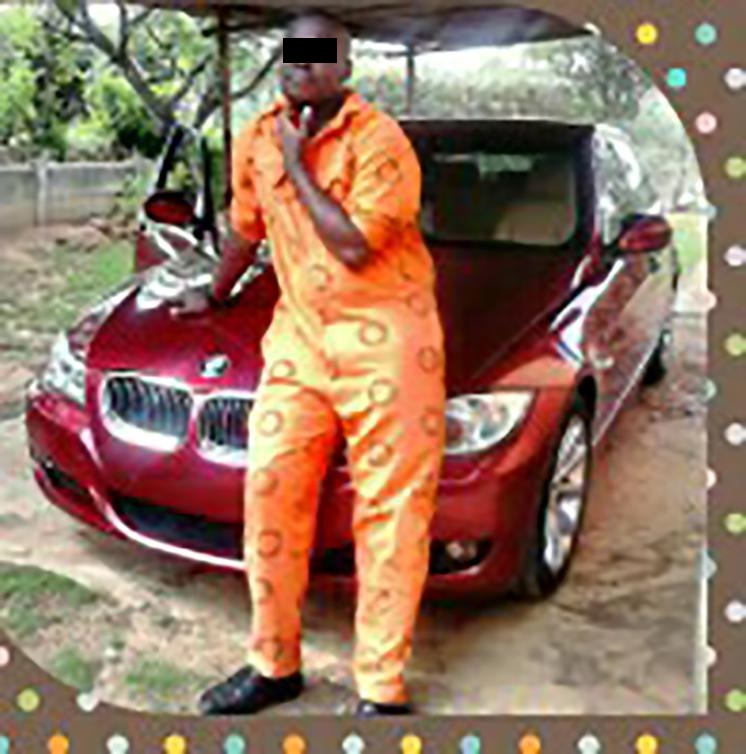 These photographs of the offender living large with his two cars and in civilian clothes were taken from a phone confiscated by a prison warder. .

HE WALKS around flashing fat rolls of banknotes.

And although he’s a prisoner, he has two BMWs parked in the prison yard.

Yesterday gatvol warders at Groenpunt Prison in the Free State contacted Daily Sun to plead for some action.

They said they have had enough of the prisoner getting VIP treatment.

The insiders said the inmate has two BMW3 series cars that he keeps on the prison premises and he’s got so much money he can buy anything he wants, including the right to come and go as he pleases.

A source close to the People’s Paper said the prison tycoon bought a new BMW which arrived on Tuesday.

“During a parade of the wardens they were asked who had parked a red BMW in an open space and no one claimed it.

“After the parade, wardens went to the car and found the inmate standing next to it,” said the source.

“This is not his first BMW.

“Two weeks ago he had a white one and parked it near the dam.

Prison wardens were alerted and they went to the dam to investigate.

“But the prisoner dived into the dam and disappeared. He could not be found for hours.

“Later he came back. He laughed at the warders and went back to his cell,” said the source.

“The other prisoners, as well as the warders, call him the snake man and he is feared. No inmate or warden wants to anger him because they don’t know what he will do.”

“The said offender has not been in custody since the 30 January as he was on parole,” she said.

“On 29 November he reached his sentence expiry date and so he is effectively an ex-offender. We were told that he had bought a maroon BMW but management investigated the matter and found it to be untrue.”

She said that in every lock-up and unlock procedure, the offender was counted like all other offenders.

“At no stage was the offender absent,” she said.