'I WALKED 14OKM TO GET AWAY FROM TOKOLOSHE' 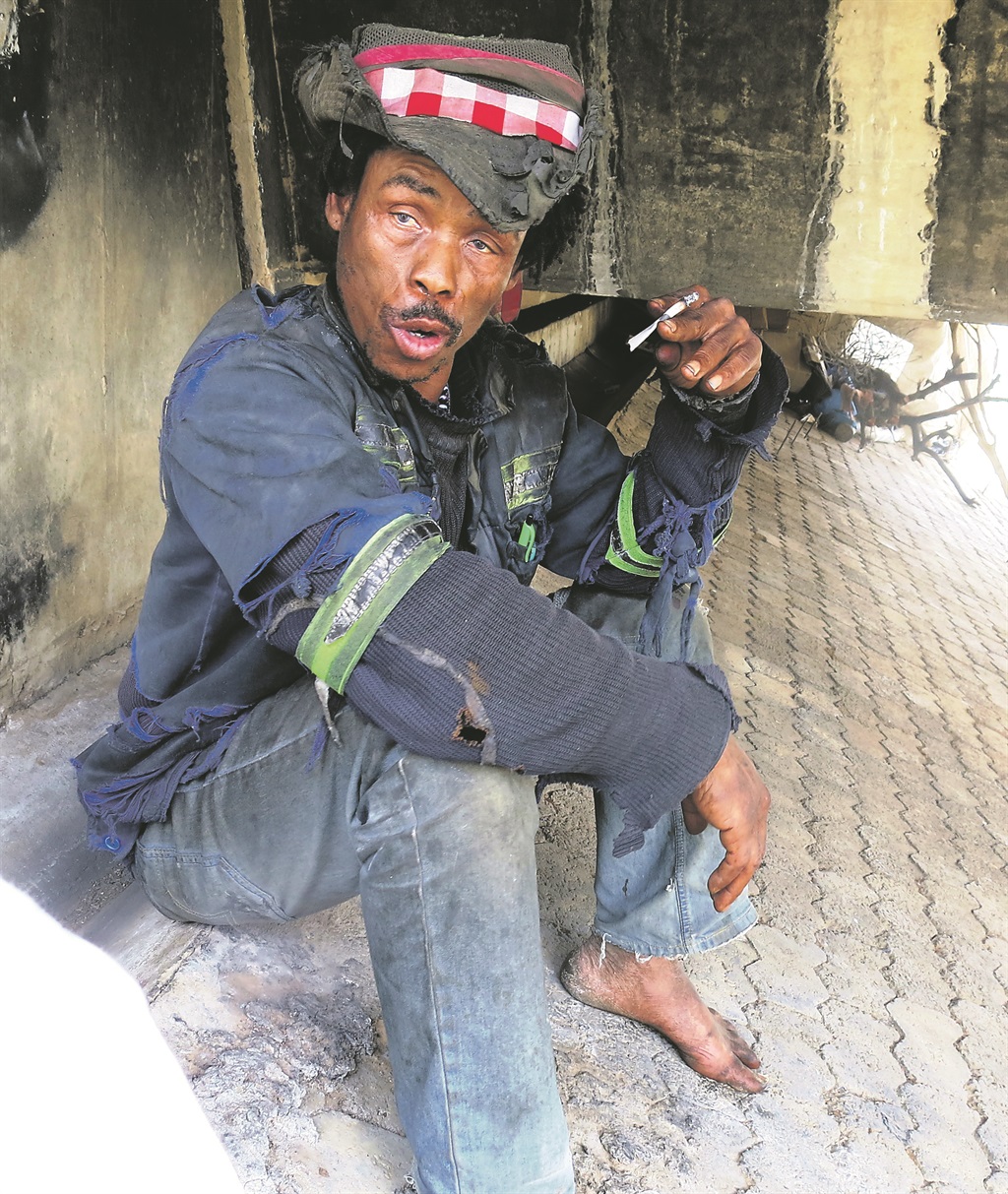 Jan Mokito claims he walked 140km to get away from the evil creature. Photo by Modise Tau.

JAN Mokito once had everything in life until a little man he calls “Wegloop” started terrorising him.

After the 48-year-old man was caught cheating by his girlfriend’s mother two years ago, his life turned into a nightmare.

The man from Koffiefontein, in the Free State claims a tokoloshe was sent his way and now he has no home.

Now Jan lives under a bridge on the side of the N1 freeway. He claims he walked 140km to get away from the evil creature.

“My life is a living hell. Every time I was home, the tokoloshe would visit me and laugh at me,” said Jan.

He said: “My troubles began two years ago after I was caught cheating. I often cheated on my girlfriend with several women.

“My girlfriend once warned me that my day would come. She said I would never be happy or date again.

“I didn’t take her seriously. When pay day came I’d go to taverns and spend my money with other women.

“Now when women see me they block their noses and say I smell.

“I was caught sleeping with my girlfriend’s friend by her mother in our shack, and that is when my life took a turn for the worse.

“During the day at work I would see a short man with long nails telling me to leave.

“The creature would pinch and bite me on the neck if I didn’t pay it attention.

“I went to different sangomas and I was told that the tokoloshe was sent by my girlfriend so I would leave our shack and become nothing in life.

“I only have peace when I am on the streets. This life is painful because I can’t work and have no home.”

Jan told Daily Sun that he needed help to get rid of the evil tokoloshe because it drove him away from his home.

Sangoma Mamoya Rakauoane said: “Jan will never find peace as the tokoloshe will follow him wherever he goes.

“He needs a strong sangoma to help him get rid of the creature.”