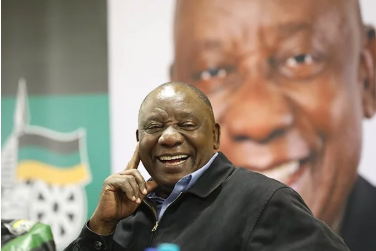 President Cyril Ramaphosa wants to cross-examine DA leader Mmusi Maimane and other witnesses interviewed by Public Protector Busisiwe Mkhwebane as part of her investigation into the Bosasa donation saga.

Maimane laid a complaint with the Public Protector in November last year, alleging the president had misled the National Assembly when he responded to a follow-up question by Maimane over a R500 000 payment from Bosasa, incorrectly believed to have been to Ramaphosa's son, Andile.

On Tuesday, Mkhwebane - in response to a demand by Maimane that she release the "full and unredacted" investigation report into the Ramaphosa/Bosasa debacle - confirmed that Ramaphosa wanted to cross-examine witnesses she had interviewed.

President Cyril Ramaphosa's son Andile has continued to reveal details of his business relationship with the controversial company, Bosasa, from which his own company received R2m.

"Using my discretion in terms of Section 7 (9) of the Public Protector Act, I have requested President Ramaphosa to provide the questions they would want to ask, so that I can determine whether it is justifiable to allow that," Mkhwebane's letter reads.

She also confirms she had issued Ramaphosa with a notice in terms of Section 7 (9) on May 30, 2019, giving him 10 days to respond to what are believed to be adverse findings against him.

Ramaphosa requested an extension to June 28, the letter states.

Mkhwebane said she had granted Ramaphosa an extension to June 21 to respond to the notice, "subsequent to which I can finalise my investigation and issue the report".

A spokesperson for Maimane, Azola Mboniswa, on Wednesday said it was clear Ramaphosa was embroiled in a corruption scandal, and was employing Jacob Zuma-style tactics of questioning the complainants and whistleblowers, instead of dealing with the issues.

"We would, however, be jumping the gun if we spoke about whether Mr Maimane will submit himself for cross-examination or not. We have received no formal communication requesting this - all we have is an update from the Public Protector. When that finally comes, Mr Maimane will seek legal advice," Mboniswa said.

A brief history of how the Bosasa/Ramaphosa saga unfolded:

Maimane confronted Ramaphosa with a signed affidavit by Peet Venter, a former auditor of now well-known and corruption-accused facilities management company, Bosasa during a question-and-answer session in Parliament in November 2018.

Venter alleged in the affidavit that he paid R500 000 to the "Andile Ramaphosa Foundation", on the instruction of Bosasa CEO Gavin Watson, in October 2017, an attached a proof of payment.

Ramaphosa responded that he was made aware of this issue, and had questioned his son Andile "at close range" over the contract he had with Bosasa.

That same afternoon, Andile Ramaphosa told News24 he had never seen a cent of the R500 000, revealing crucially that his father had responded incorrectly to the National Assembly.

Days later, after News24 discovered the true owner of the bank account on the proof of payment (Sandton law firm, Edelstein Farber Grobler), and sent questions to the law firm in question, Ramaphosa sent a letter to the speaker of Parliament, correcting his oral reply.

The manner in which the donation was made, through a Bosasa front company named Miotto Trading and Advisory Services (owned by Venter's sister, Margaret Longworth) was also highlighted by News24.

Ramaphosa explained that he had got it wrong.

The R500 000 in question was never for his son, but a donation toward his CR17 ANC presidential campaign.

The EFG account was used to house his campaign donations, and he had only become aware of this when his campaign managers pointed this out to him.

The Sunday Independent reported over the weekend that a preliminary version of Mkhwebane's report found Ramaphosa had "inadvertently" misled Parliament and had failed to declare the R500 000 donation to his CR17 campaign by Watson.

According to the report, Mkhwebane had found Ramaphosa violated the Constitution and the Executive Ethics Act.