MKHUSELI SIZANI
Uitgawe His avo muthi will give you go, bhuti 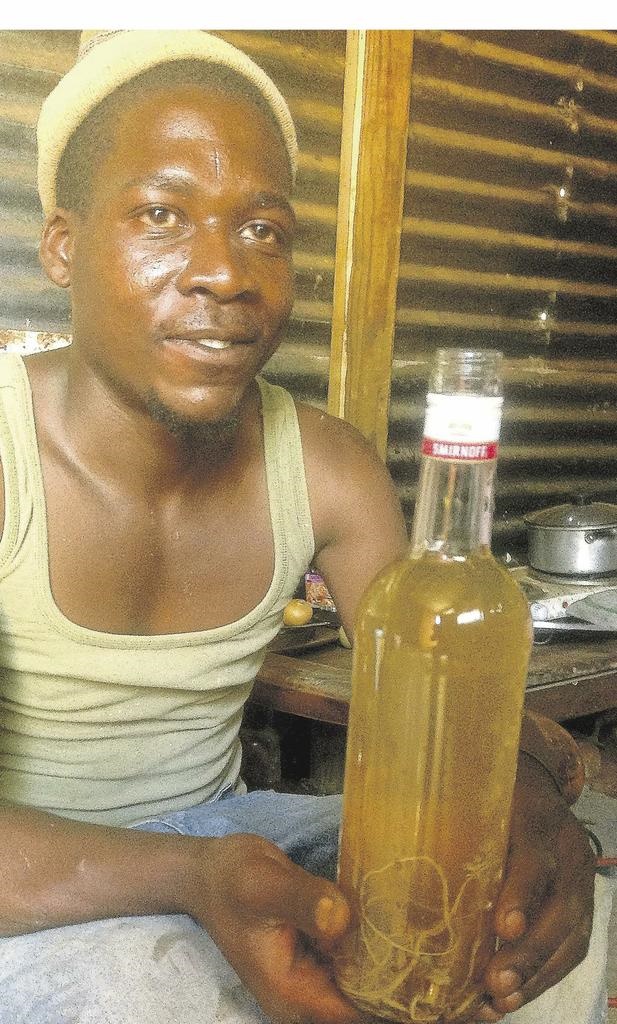 Melisizwe with a mixture of his muthi. Melisizwe Mzongwana and his friend Thamie Tali, who both claim that avocados gives them great sex drive.

A SLEEPING 4-5 is any man’s worst nightmare.

It tears apart relationships and marriages . . .

But just an avo a day can keep that worry away! So says Melisizwe Mzongwana (26) of Govan Mbeki kasi in Port Elizabeth, Eastern Cape.

He has customers queuing up for his strong 4-5 muthi made with avocado.

He said: “I used to watch my inyanga dad mixing muthi for his customers.

“He would ask me to do the mixing and an avocado was always added.

“I remember many men coming to my father’s house, asking for his 4-5 mixture.”

So when his dad left Port Elizabeth, Melisizwe took over.

“My dad used to work for the municipality and when he retired in 2011, he went back to his home town in Middledrift.

“Many of his customers were disappointed when he left as they could not get his 4-5 mixture,” said Melisizwe.

“I decided to mix the muthi myself because I knew what he was mixing with the avocado.

“A person drinks half a cup of my 1 litre mixture twice a week. As soon you’ve finished drinking, your 4-5 wakes up and is ready for action.”

“My muthi will remain in your blood system for two months after you have finished the whole mixture.

“The madalas like my avocado mixture because they say it makes them feel young.”

One of his customers (55) said: “My sex life was dead and I was always fighting with my wife. But this avocado mixture has brought the peace back to my home.”

A taxi driver (35) said: “My job is stressful and that affects the performance of my 4-5.

“But his avocado is making my 4-5 not sleep any more. I heard about it in 2013 from another taxi driver.”

Melisizwe refused to reveal his mixture.

“I can’t tell what I mix with avocado because its my secret. But a litre of my mixture lasts for two months. No one has come back to complain. Instead they want more!” he said.