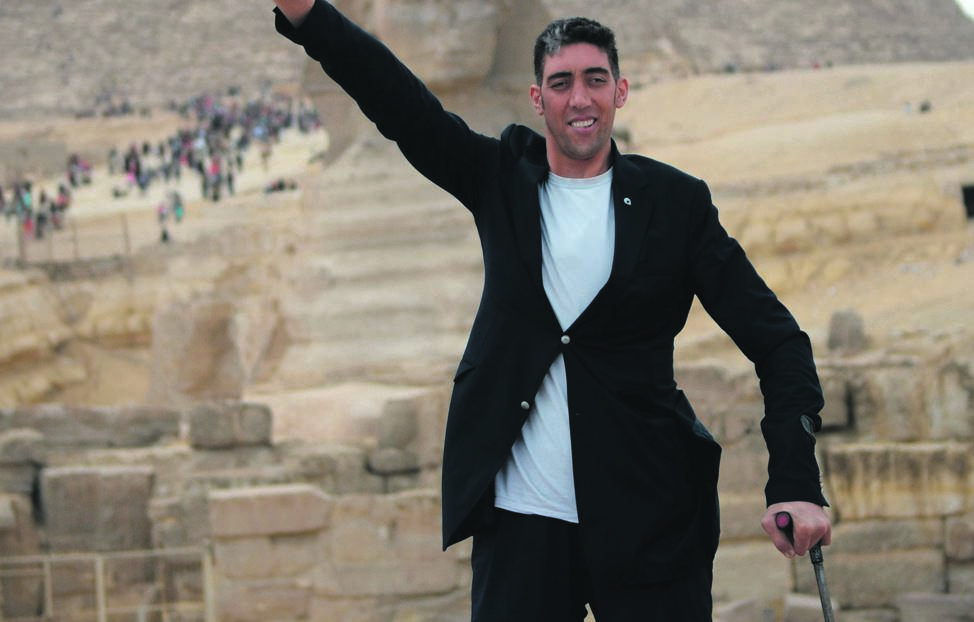 Sultan Kosen of Turkey is the Guinness World Records holder for tallest living male, at 251cm, waves at the Giza pyramid complex on January 26, 2018 in Giza, Egypt. &#160; Photo by Stringer/Anadolu Agency/Getty Images.

THE tallest man in the world is a Turkish citizen of Kurdish origin, Sultan Kosen.

He currentlyholds the Guinness World Record for tallest living male at 251cm (2,51m).

His growth resulted from the condition acromegaly, caused by a tumour affecting his pituitary gland.

Due to his condition, he uses crutches to walk.

In 2013, it was reported that Kösen, a Kurd, still lived with his parents, three brothers, and a sister, who were all of normal height.

Kosen, who was unable to complete his education, because of his height, so instead worked part-time as a farmer.

After the wedding the happy couple headed back to their specially made home in Dedekoy, a village in the Aydin Province, where they say they hope to soon have two kids.