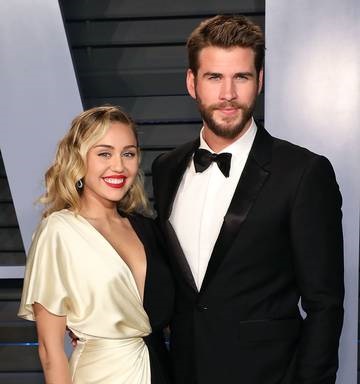 Liam Hemsworth and Miley Cyrus call it quits in less than a year of marriage.

Miley Cyrus and Liam Hemsworth are over after having been married for less than a year. Rumours of their split sparked on Saturday, 10 August, after Miley posted a picture without a ring on her finger.

Both the actors didn't confirm nor deny the rumours all weekend long until the Independence Day: Resurgence actor confirmed it on Instagram earlier today. Part of his post read:

"Just a quick note to say that Miley and I have recently  separated and I wish her nothing but health and happiness going forward."

He said it was a private matter and he will not speak to any media outlets though. Check the post below:

Hi all Just a quick note to say that Miley and I have recently separated and I wish her nothing but health and happiness going forward. This is a private matter and I have not made, nor will I be making, any comments to any journalists or media outlets. Any reported quotes attributed to me are false. Peace and Love.

The actors started dating in 2009 when they met on the set of movie, The Last Song. They both had lead roles and were each other's love interests in the movie and that's apparently where the romance started.

After dating on and off and having been engaged twice in the 10 years of being together, they finally tied the knot last December.

Yesterday, Miley posted a picture of herself along with a message attached to it. Most people on the comment section thought she was confirming the split. However, she hasn't outright said anything about the relationship. Read her post below:

Don’t fight evolution, because you will never win. Like the mountain I am standing on top of , which was once under water , connected with Africa , change is inevitable. The Dolomites were not created over night, it was over millions of years that this magnificent beauty was formed. My dad always told me “ Nature never hurries but it is always on time”.... it fills my heart with peace and hope KNOWING that is true. I was taught to respect the planet and its process and I am committed to doing the same with my own .... ??