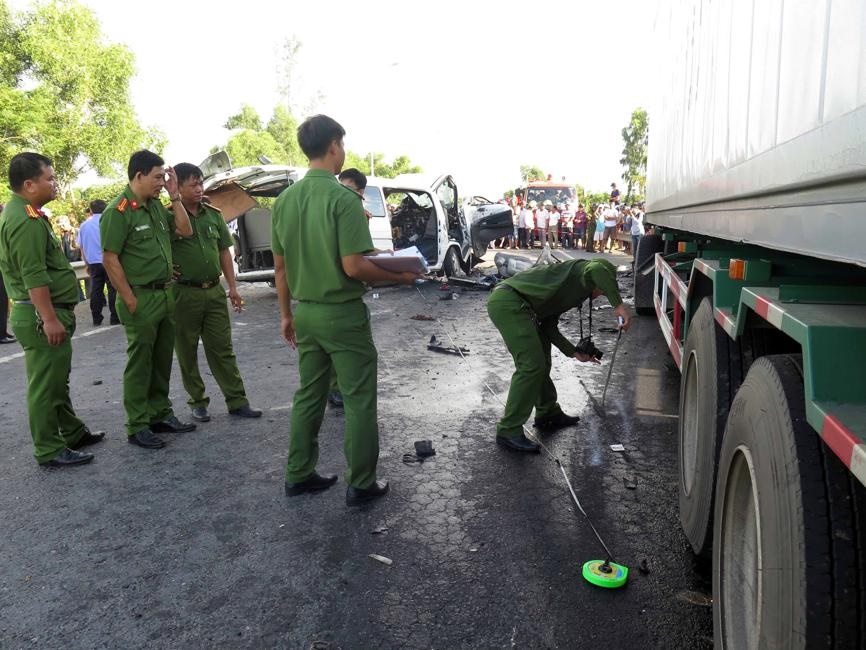 Cops investigate at the scene of a wedding minibus accident in Quang Nam province. Photo by Do Truong via Reuters.

THIRTEEN people were killed and four injured today when a minibus carrying guests on the way to a wedding in central Vietnam collided head-on with a large container truck.

The bus was carrying the groom and his family members from Quang Tri province to the bride’s home in Binh Dinh province during the early hours of the couple’s wedding day.

“The accident killed ten of them instantly. Three, including the groom, died on the way to the hospital,” the government said in a statement.

The truck driver suffered minor injuries in the crash, according to the statement, which said police had launched an investigation.

Traffic accidents are common in Vietnam, where traffic laws on busy and badly maintained roads are loosely enforced.

More than 8 200 people were killed in road accidents in the Southeast Asian country last year, according to the National Traffic Safety Committee.