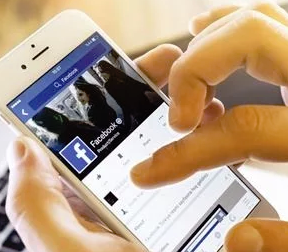 Facebook has banned Huawei from pre-installing its applications on new phones, according to a Reuters report, in a move that would prevent any new Huawei smartphones from leaving the factory with Facebook-owned apps – WhatsApp, Instagram, and the Facebook app itself – pre-installed.

The ban is apparently not affected by the temporary exemption the US government granted to American companies allowing them to keep doing business with Huawei until 19 August.

For South African users, that would mean Huawei phones that do not have Facebook's apps installed when the phone comes out of the box, as soon as current stock still in stores and already shipped to SA runs out.

See also: If you own a Huawei phone in South Africa, here is everything you need to know about the Google crisisHowever, even though Huawei may not install Whatsapp or Instagram on its phones, South African consumers still have the right to do so. That means apps already installed on current phones will continue to work and receive updates normally. It also means that new Huawei owners will be able to download the apps through the Google Play Store.

Those downloaded (rather than pre-installed) apps will also not be subject to American trade restrictions, because the legal relationship is between the South African user and Facebook.

But if Huawei users should lose access to the Google Play Store – as is possible after the current grace period ends – it would require a legal relationship with Facebook in order to list Facebook apps for download via its own replacement service.

See also: Here’s how MTN, Vodacom, Cell C, and Telkom could end up making (possibly rather a lot of) money out of Huawei’s Android crisisIf Facebook does not enter into such a deal with Huawei, users of Huawei smartphones in South Africa and elsewhere would lose one-click access to WhatsApp, Instagram, and the Facebook app.

The apps would still be theoretically available via side-loading – which requires users to track down safe versions to download themselves, turning off some security features on their phones, and manually keeping apps up to date.